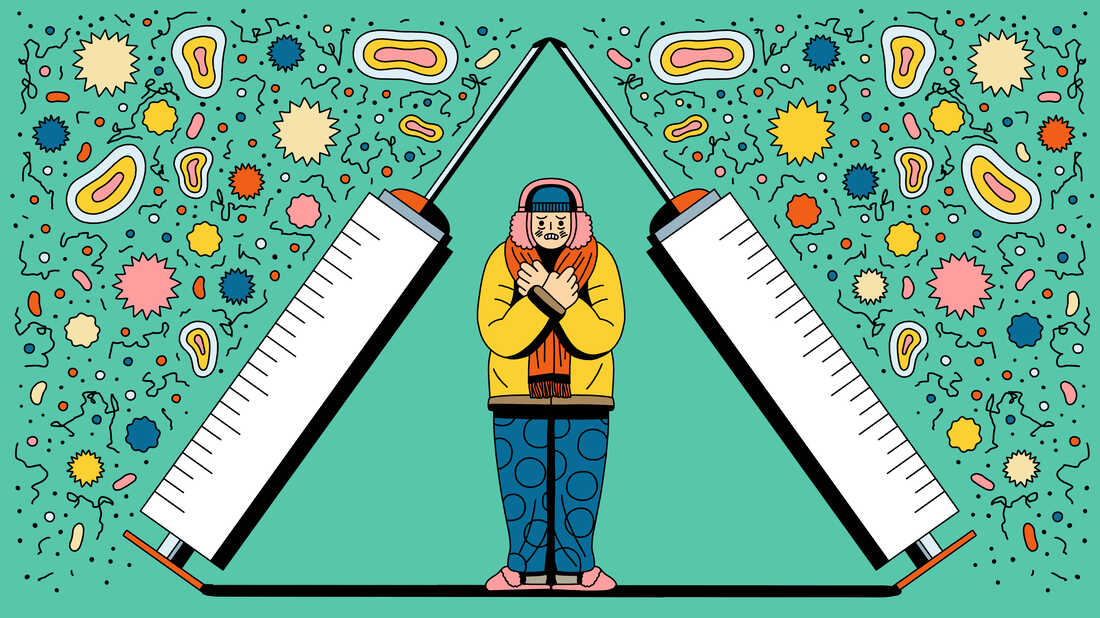 Health Experts Advise People To Get Flu Shots To Prevent A Flu Epidemic As COVID19 Restrictions Ease OutA team of experts has estimated that there might be a deadly flu outbreak as health officials are lifting COVID19 control measures. Experts have said that there will be the highest levels of flu transmission in the coming years. The study has been done by experts from Columbia University Mailman School of Health. The authors of the study have used computer models to measure the decline in the spread and cases of flu after COVID19 control measures have been implemented across the United States. They have compared the data to the figures that have been obtained from US Centers for Disease Control and Prevention (CDC). The authors of the study have found that there has been a 60 percent decline in the flu cases during the 10 days after non-pharmaceutical interventions (NPIs) such as social distancing, mask-wearing school closure, and travel restriction have been imposed last year. The findings of the study have noted that a decline in the transmission of flu and cases might have led to reduced levels of immunity against influenza in people. Health experts have said that lifting COVID19 control measures might lead to a huge flu outbreak in the US. The chief of the virology unit at the Francis Crick Institute in the UK, Dr. Jonathan Stoye has said that a decline in flu cases in 2020 might be the cause of waning flu immunity in the population. It might account for a sudden surge in flu cases in upcoming years. The authors of the study have predicted that relaxing the COVID19 restriction might lead to a massive flu outbreak especially in those regions of the US where high levels of COVID19 control measures have been implemented so far. The findings of the new report have been released in the Journal of Infectious Diseases.

Health leaders have said that it will be quite hard to find out which strain of the flu might be more dominating in the forthcoming flu season due to the low levels of flu transmission during the COVID19 pandemic. Scientists need to know the strain that is widely spreading in the particular flu season to tweak the flu vaccine so it can target the specific flu strain. However, it might reduce the ability of currently available flu shots to prevent infections. Nevertheless, the authors of the new report have said the predicted flu outbreak in the US can be averted. They have said that as health officials have completely diverted their attention to the COVID19 pandemic last year, it is possible that some people might have contracted the influenza virus and might have gone unreported. Therefore, more people might have been exposed to flu as compared to what models in the study show. On the other hand, as there has been a decline in flu transmission, the virus might have had fewer opportunities to mutate and create new variants of the virus. Therefore, people might have some levels of immunity against earlier flu strains that might reduce the severity of the predicted flu outbreak. An expert for preventive medicine from Vanderbilt University School of Medicine, Professor William Schaffner has said that he does not support the theory of unreported flu cases in 2020 that has been mentioned by the authors. He has claimed that there have been the lowest cases of influenza in the United States due to the restrictions posed in the wake of the COVID19 pandemic. Health officials have continued to test people for flu infection but only a handful of people have been diagnosed with influenza last year, therefore there has not been underreporting of flu cases. Dr. Schaffner has said that reducing the number of flu cases in the US in 2020 is genuine. However, Dr. Jonathan Stoye feels that the severity of the predicted flu outbreak depends on the surfacing of new variants of the virus. He has said that the rate of viral infection is linked to multiple factors such as changes in the rate of emergence of new strains.

Dr. William Schaffner has pointed out that as people are returning to their normal routine after health officials have eased out COVID19 restriction, there is a possibility that the activity of other respiratory illnesses is going to shoot up. It means that people and health officials should take the findings of the new study seriously and there might be a potentially severe flu outbreak in the future. He has noted that with fewer COVID19 related restrictions and the opening of schools across the US, there has been a sudden surge in incidents of the respiratory syncytial virus this summer. Experts have said that cases of the respiratory syncytial virus are usually seen in the months of winter. Dr. William Schaffner has said that it might be an indication of what might come our way during the upcoming flu season. Health experts have said that it is important than ever to take flu shots this year. The senior researcher of the new study, Dr. Sen Pei has said that as people are taking all necessary steps to protect themselves against the SARS-CoV-2 virus, they should not forget to take flu shots. Dr. Sen Pei is an associate lecturer of environmental health sciences from the Mailman School of Public Health in Columbia. Dr. William Schaffner has said that forecasting how the forthcoming flu season is going to be like is kind of an occupational hazard. He has informed that as the US has seen such low levels of flu transmission last year, people’s immunity might have waned away in such a way that they might be more vulnerable to more severe flu infection and transmission. Dr. Schaffner has claimed that health officials need to wait and watch how the flu season turns out to be. However, he has also advised people to take flu shots mandatorily to protect themselves from the severe wrath of the predicted flu outbreak.