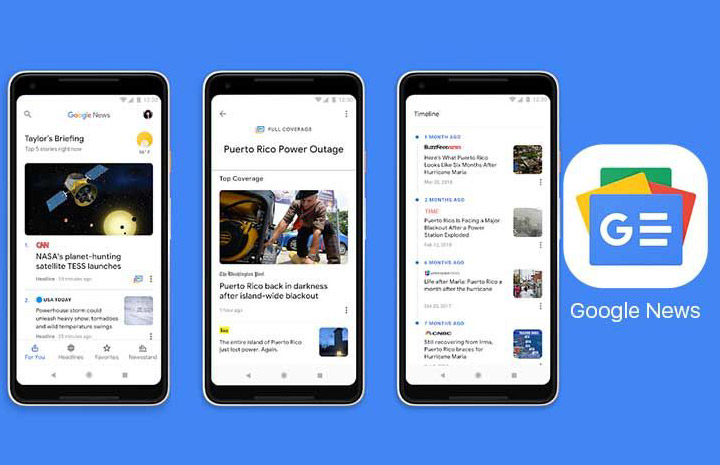 Google had recently updated the Android and iOS apps for Google News, bringing a bunch of features. Now, reports have emerged that a bug in the Android app is causing a serious problem. This issue, seen by a number of users across the world, is said to consume a huge amount of mobile data in the background. This happens with no prior notification from the app. Users recognize the problem when they find out that a huge amount of data has been eaten up in a short period of time, probably overnight. Some users reported that they had seen GBs of data being eaten up overnight.

It must be considered that Google News normally takes up a few MBs of data. This is because the app would have to cache some content and optimize the news articles so that you access them quickly. Even an addition of 100 MB can be seen acceptable from this point of view. However, this reported bug has caused data loss of up to 19GB of data overnight, when the user did not have the faintest idea. Of course, the users will have to pay hundreds of dollars in the form of extra data charges.

Making things worse, Google understands this issue and there have been no patches from the company yet. Last month, a Google News community manager had confirmed that the company has understood the issue and that it is working on the bug. However, the News app has not been updated, at least addressing the particular issue. Google Product Forums for News are now being bombarded with complaints about News app eating up all the data while community managers are asking the users to stay patient until Google rolls out a patch for the issue.