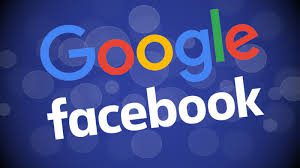 Google, Facebook Reportedly Join Hands To Help Each Other Against Possible Antitrust Action

Search engine giant Google and social media giant Facebook have reportedly pledged to join hands in order to help one another. The companies will extend help to one another in the event of any investigation into their pact under which they are working together in online advertising. According to the report, the news is based on the lawsuit filed by the 10 states of the United States against the tech giant last week. The deal was reportedly made two years ago in September. Under the deal, the social media giant has agreed to not compete with the online advertising tools of Google. In return, Facebook will get special treatment when it will use them itself.

According to the lawsuit, both the companies were aware that the agreement will throw them open for an antitrust investigation. However, a spokesperson of Google said that the claims made in the lawsuit were totally baseless. “The idea of this deal being a secret is itself totally wrong. Both the companies have been public about the deal for years,” the spokesperson added. Facebook is yet to respond to these developments and is expected to issue a statement in this regard in the near future. The development holds significance as the social media giant faced a pair of antitrust lawsuits in the federal court.

The lawsuit against Facebook alleged that the company adopted unethical practices to throttle competitions. Demanding that the company should be broken up, the lawsuit highlighted the attempt by the company to acquire other platforms like Snapchat and Twitter. It also highlighted how Mark Zuckerberg-owned company purchased instant messaging app WhatsApp and photo-sharing platform Instagram. The Federal Trade Commission (FTC) has now demanded that Facebook should be asked to divest WhatsApp and Instagram. The lawsuit also highlighted the mail by the Facebook CEO where he talked about his preferences in buying rather than in competing.