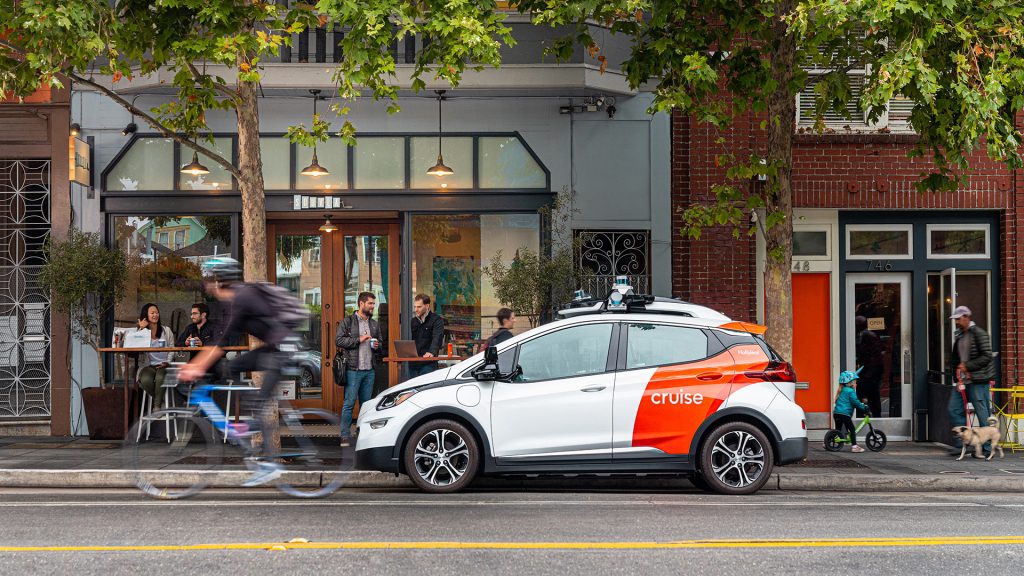 There are few automakers who have been working on driverless autonomous vehicles for quite some time. Some of them have even started providing services in selected areas. One of them General Motors-backed Cruise. The San Francisco-based self-driving car startup has started providing its fully driverless Robo-taxi service in the city. The first ride was provided to Kyle Vogt – co-founder, CTO, and president of Cruise. The service is currently available for employees of the company as the license that the startup has is still only for testing. However, some certain members of the public will also be able to get rides in vehicles that will roam around in vehicles with no driver in the front seat. Also, the company won’t be charging anything from the public for rides. Vogt took the ride at night because the permit issued by the California Department of Motor Vehicles allows companies to operate driverless between 10 pm to 6 am. The speed limit has been fixed at 30 miles per hour. Cruise had got its permit to deploy its driverless vehicles without a human on board in October. The permit even allows the company to charge fees for delivery service. However, it has not been allowed to charge for ride-hailing services yet.

Vogt said that he is the first person to take a ride in a driverless Robo-taxi on the streets of San Francisco. “Until now, the company has been testing its fully autonomous driverless Cruise with humans inside the car. But this was the first time when it roams around the city like this. I summoned my first ride using the Cruise app at around 11:20 pm. A few minutes later, I was inside one of the Cruise AVs (named Sourdough). I pressed the ‘start ride’ button and the AV smoothly took me to my destination.” Vogt said that he had requested five more rides that night. The human-less deployment comes just days after General Motor, which owns a majority stake in Cruise, chief executive officer Mary Barra said that he is confident about the company starting commercial driverless ride-hailing and delivery operations by next year. And this looks imminent as Cruise is now seeking a final permit from the California Public Utilities Commission. The permit will allow Cruise to charge a fee for Robo-taxi services. This is the last of the six permits that the company needs to start commercial services. However, it is not clear how much time the authorities are going to take to review and approve the permit. Cruise is so far the first company to apply for the final permits. Once approved, Cruise could be the first autonomous vehicle company to operate a taxi fleet without human drivers. Waymo, which is backed by Alphabet, has also got the required approval from the concerned authority to charge for Robo-taxi rides. However, the permit is given to Waymo by California DMV still requires a ‘safety driver’ in the vehicle.

While many companies are working on autonomous vehicles, commercializing them seems to be a task for them. This looks to be much more challenging than many of these companies predicted. Among all the companies working on this technology, Cruise and Waymo are considered to be the front-runners. Talking about Cruise, the company had plans to start providing ride-hailing services in 2019. However, the company decided to delay those plans as it wanted to conduct some more testing and get the required regulatory approvals. Cruise had received its DMV permit way back in 2015. But the company adopted a cautious approach and expanded testing locations slowly. Over time, it has increased its fleet to hundreds of autonomous vehicles and continued to obtain additional permits. The current fleet of Cruise includes Chevrolet Bolt EVs. These vehicles are retrofitted with self-driving vehicles software. Apart from this, there are some extra technologies like cameras, radars, and lidar. These technologies allow autonomous vehicles to ‘see’ their surroundings. The next fleet is expected to include Cruise Origin, which has been designed with the sole purpose of being an autonomous vehicle. Cruise CEO Dan Ammann said that General Motors is expected to start the production of Origin for Cruise in early 2023. The cruise was acquired by General Motors in 2016. After the acquisition, it has brought several investors on board. Some of them are Honda, Microsoft, Walmart, and Softbank Vision Fund.