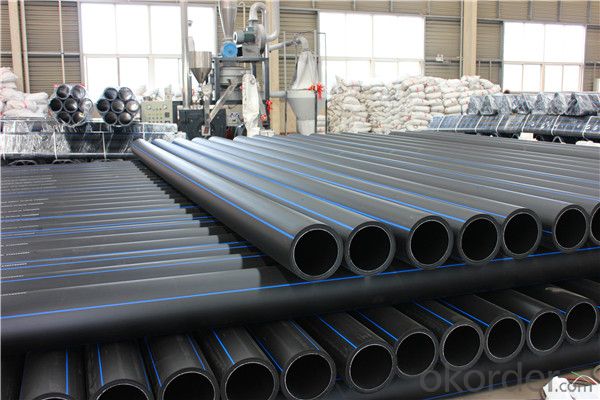 HDPE pipe is a pipe made from high-density polyethylene. It is known for its high strength, non-corrosive nature, and the most premier mediums of conveying and transporting potable water, wastewater, chemicals, slurries, wastes, and compressed gases. HDPE pipes are manufactured tubes made from raw materials such as PE 80, PE 63, and PE 100 and used as a substitute for Cast iron (CI) pipe and Galvanized Iron (GI) pipes. The PE 100 segment contributed the major share in terms of revenue of the total market, because of increasing usage of HDPE pipes for transferring potable water, chemicals, slurries, hazardous wastes, and wastewater. HDPE pipes are cost-effective, light in weight, resistant, recyclable, and considered as a favored choice over the traditional pipe.

The major growth drivers for the target market are growing construction activities in the residential and non-residential sector, replacement of aging pipelines, along with increasing awareness regarding properties of HDPE pipes. Growing population rate, rising FDI in construction and infrastructure activity, and heavy investment in improving gas distribution network are some other key factors that may have a positive impact on the market. The recent trend observed in the target market is manufacturers are focusing on pipe strength and replacement of traditional material pipes with eco-friendly HDPE pipes. Moreover, growing demand from water irrigation systems, along with the huge demand for water supply across the globe has opened new opportunities for the target products. Fluctuating raw material prices and stringent regulation regarding recycling and disposal of plastic products are major challenges that may result in the low adoption rate of HDPE pipes and hamper profits of the manufacturers to a certain extent.

In terms of geographical distribution, the global HDPE pipes are studies five major regions namely, North America, Asia-Pacific, Europe, Latin America, and Middle East & Africa. Asia Pacific contributed a major market share, owing to the growing preference for HDPE pipes in the industrial and agricultural sectors. The growing infrastructural investments, construction sector, government initiatives in various countries such as India and China in the region are supporting growth for the regional market. Furthermore, favorable government schemes in the end user application sectors will be the major contributor to growth. Increasing demand for housing and high disposable income will also drive market growth. Moreover, increasing investments in irrigation, sanitation, and housing projects under Pradhan Mantri Krishi Sinchai Yojana, Swachh Bharat Abhiyaan, Atal Mission for Rejuvenation and Urban Transformation, Housing for All, and various other projects contribute toward growth of the global market.