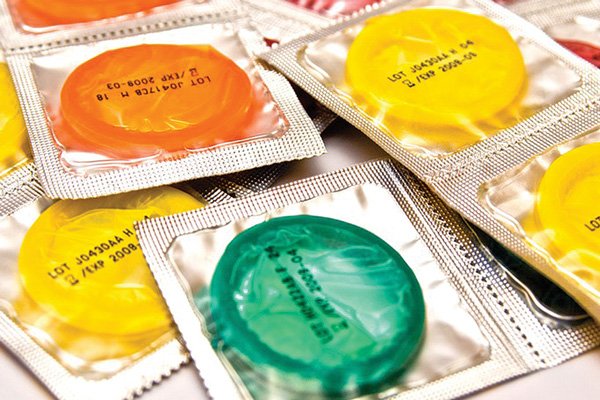 Condoms are thin and stretchy pouches, used as a barrier contraceptive during sexual intercourse in order to prevent sperm to get into the vagina. Condoms help to reduce the probability of pregnancy and protect from transmission of HIV and other sexually transmitted infections (STI) providing adequate protection if used carefully. Condoms are usually of two types such as latex and non-latex (polyurethane or polyisoprene), and are reliable with negligible side effects. Condoms are manufactured, stored, purchased, distributed, and handled appropriately in order to avoid leak or break. It is important to ensure the quality of condoms and promote to use it for STI prevention, including HIV.

Increasing demand for male and female condoms to avoid unwanted pregnancy and sexually transmitted diseases, growing population, coupled with growing age groups such as under 25, 25-34, 35-49, and above 50, rising concerns associated with sexual health, coupled with growing demand and awareness for contraceptives, and favorable regulations have positive impact on the global market. According to Centers for Disease Control and Prevention (CDC) report, people between age group of 15 and 24 acquire new sexually transmitted diseases, and 1 in 4 females those are sexually active adolescents has an STD. However, STD rates among seniors are increasing. Growing awareness among individuals towards sexually transmitted infections such as HIV/AIDS, genital herpes, chlamydia, human papillomavirus infection, gonorrhea, and syphilis in order to avoid it by sexual activity. For instance, WHO estimated that more than 1 Mn new sexually transmitted diseases (STDs) are acquired each day across the globe.

Availability of alternative contraceptives, slippage during sexual intercourse, allergy issues with particular individuals regarding plastic or latex materials, are factors which may challenge the demand for condoms to certain extent. Increasing adoption of a re-engineered latex condom i.e., HEX condom owing to its durability, security eluding slippage, and extra grip is an ongoing trend observed in the market. The HEX condom is a faint, hexagonal patterned honeycomb lattice etched into the material.

Focus on manufacturing of thin and invisible condoms, development of condoms such as nano-lubricated condom which contains a coating of super-hydrophilic nanoparticles made by nanofabrication technology, introduction of smart condoms, coupled with integration of wearable technology. Nano-lubricated condoms and graphene condoms represent the future of condoms. Invisible condoms consist of a gel which after insertion into the vagina or rectum gets hardened in high temperature.

Increasing population, coupled with high spending capacity are factors augmenting demand for condoms in countries in Asia Pacific region. Increasing focus on manufacturing of effective, reliable, and thin condoms, growing awareness among individuals in developing countries such as South Africa, Uganda, Kenya, and others are factors boosting demand for condoms across the globe.

Some of the prominent players operating in the target market include Durex, Okamoto, Trojan, Ansell, Sagami, Gulin Latex, and NOX.