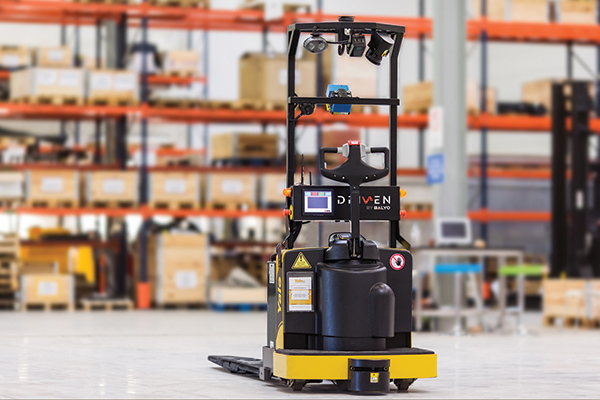 High manufacturing and implementation costs are major challenges currently that may result in low adoption rate of autonomous mobile robots and hamper profits of the manufacturers to a certain extent. Integration of advanced technology and improved quality of components in autonomous mobile robots such as camera with high resolution, updated software, global positioning system (GPS), and light-weight metals used for making the body structure adds to the end product price. These robots are sophisticated because of the applications they are used in and the environment they are operated in.

These autonomous mobile robots are being implemented in various applications in industry verticals such as hospitals and healthcare, manufacturing, and logistics and warehouse. Adoption of these robots is increasing mostly for integrating into manufacturing units, warehouses, and logistics department, owing to increasing need for safety of labors and less time-consuming option. In hospitals and healthcare industry, these robots help in transporting lab specimens, hospital supplies, materials, medications, clinical supplies, etc., enabling hospital staff and professionals to focus on critical tasks related to patients. Moreover, autonomous mobile robots act as a substitute for the healthcare professionals and staff as it can function 24*7 and perform tasks when the staff is not present in the night.

Demand for autonomous mobile robots will incline constantly in the years to come owing to vast and well-developed infrastructure in many industry verticals and need for systematic and fast processes, and need to reduce dependency on labors.

Adoption of these robots will increase in regions such as Asia Pacific due to increasing number of companies and rising inclination towards technologically advanced processes in industries. Moreover, increasing number of footfalls in hospitals and rising need to attend patients’ critical needs. Adoption of these robots will be comparatively low in regions such as Latin America, and Middle East & Africa.