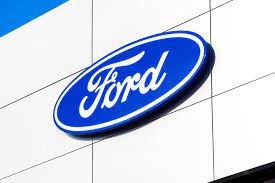 Ford Motor has signed a deal with startup Redwood Materials for recycling of electric vehicles batteries. Interestingly, Redwood Materials is run by JB Strauble – a former chief technology officer at Tesla. The two companies would form a circular supply chain for EV batteries in the United States. This is something that has been a focus of the Biden administration. As part of the deal, the American car manufacturer is expected to invest USD 50 million into the startup. Strauble has said that the amount that Ford has agreed to invest is part of the USD 700 million funding round announced by the startup.

The main aim of the deal is to bring down the prices of EVs. This would reduce the dependency of these companies on imported material. Most importantly, the decision will reduce the impact on the environment. From mining to refining materials used in batteries, they all have an impact on the environment. As part of the deal, Ford and Redwood Materials would closely work with SK Innovation – a Korean battery maker. SK Innovation and Ford Motor have a joint venture called BlueOvaISK. Ford executive Lisa Drake said that the joint venture makes electric vehicles battery cells in America.

Redwood Materials was founded in the year 2017. The startup recycles battery scrap and materials at facilities in Nevada. The company recently said that it is planning to expand its business. As part of the expansion plan, the startup is planning to have enough components to provide batteries to at least one million EVs after 2025. The startup has raised USD 700 million from investors, including Ford. After the latest round of fundraising, the company is valued at USD 3.7 billion. The company is doing well and it is entering into partnerships with other battery makers. General Motor has also emphasized the need to recycle and reuse battery materials. GM and LG Energy Solution have signed a deal with Li-Cycle to recycle and reuse battery scrap.