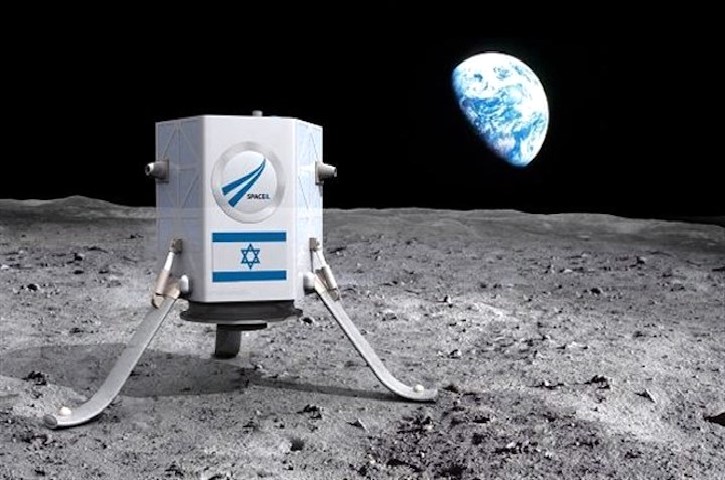 A first Israeli space mission is ready to launch this week and make its attempt to land on the lunar surface. The private consortium in Israel partnered with the national space agency and is ready to launch their first lunar mission, that is supposed to land on the moon. Today, the SpaceIL and Israel Aerospace Industries announced that their Space probe “Beresheet” or Genesis is ready for the launch and will land on the moon. The launch is scheduled next week from Florida with the help of SpaceX Falcon rocket.

The space probe will make its week-long journey in the space before attempting to land on the lunar surface. If it succeeds in the same, then it’d be the first Israeli mission and the first payload from SpaceX to reach the lunar surface. Also, Israel will be the fourth country to land their craft on the lunar surface after the Soviet Union, The United States and China. The launch of this space probe was scheduled in last year, but due to the issues, the launch was delayed. Now, the launch will happen on Thursday Night or Friday morning according to the Israeli time.

The space probe is of the size of a small refrigerator. It has the equipment to measure the magnetic field of the moon and also the Bible engraved on a small disk. The company SpaceIL is exciting the lunar mission by visiting every school and colleges in Israel and providing the demonstration and presentation to create awareness about their first mission. Before moving on to its journey to the moon, the spacecraft will use the earth’s gravity to gain the speed. It will make almost six orbits of the planet and then move away to the moon like a slingshot.