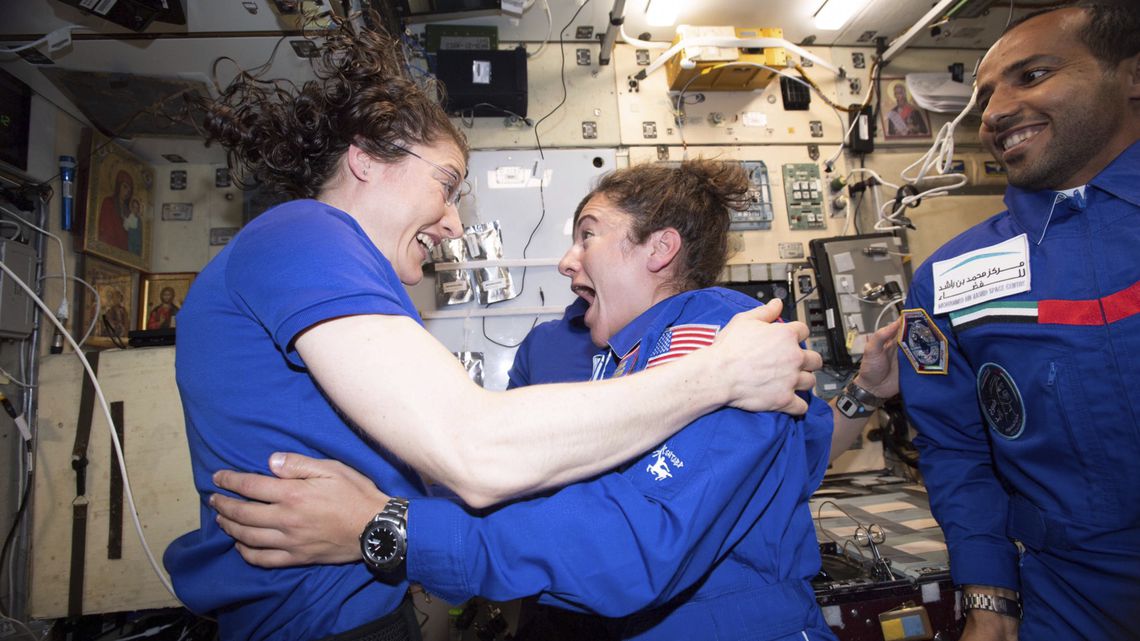 NASA has finally planned another attempt at all-female EVA on 21st October. The move arrives after few months after scarping the first-ever all-woman spacewalk in March. NASA has announced the news on Friday while showcasing the upcoming ten spacewalks by astronauts aboard the ISS. In the current month, Christina Koch and Jessica Meir will perform the very first all-female extravehicular activity. Among both, Christina is aboard the ISS since March, and Jessica had arrived at the space lab in September.

Last time NASA had canceled the spacewalk due to lack of suitable spacesuits. The issue started in March when Christina and colleague Anne McClain were supposed to perform a spacewalk. At the time, the ISS had four spacesuits ready-to-use – one having an M-size torso, two with L-size ones, and another with an XL Torso. During on-ground training, McClain fitted in M and L sizes and thought any of both could fit. But After McClain’s first spacewalk, she recognized M-size is a better one.

On the other hand, Christina had already booked the single M-size piece available aboard. There are extra torso units over the ISS, but it takes a lot of time to change them. Thus McClain requested a replacement. At the time, Nick Hague had performed a spacewalk instead of McClain.

But recently, NASA has ferried a new spacesuit, customized as per the requirements of the staff. Thus the latest delivery has made the historical spacewalk possible. Whereas, Christina is ready to break a record to remain for the longest time in the space. She said it is essential to realize women’s accomplishments and performance in space. While Jessica said, it is very nice to see how far they have come.

As per NASA, the upcoming spacewalks will assist battery replacement and eventually upgrade the system. Even more, the expeditions will modernize the Alpha Magnetic Spectrometer, a scientific instrument that probes the essential nature of the universe. All in all, after more than six months of cancellation, a team of two women will have the first spacewalk.