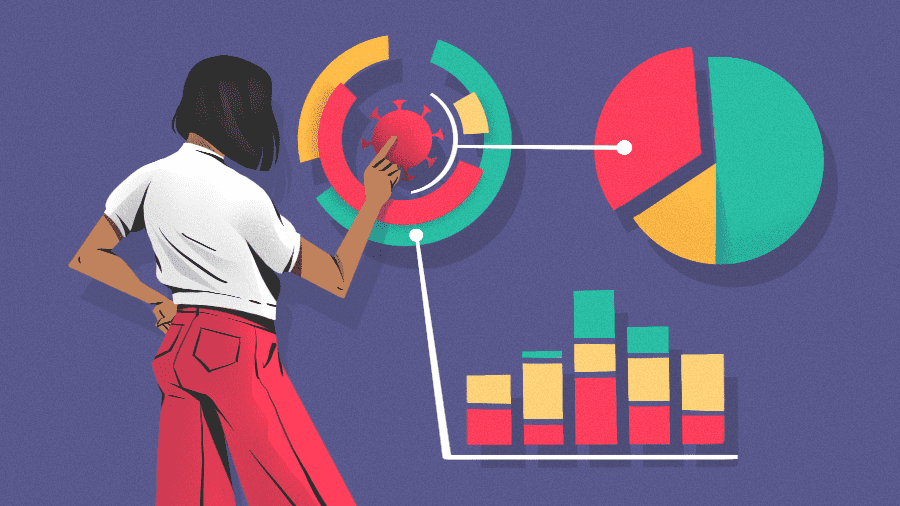 Even though the current recession has been difficult for women-led firms, new research from PitchBook illustrates how female entrepreneurs are weathering the global economic downturn. Beyond the Billion (BTB) and J.P. Morgan Chase co-sponsored 2021, ‘All In Women in the VC Ecosystem study,’ which intends to “measure developments in the Venture Capital (VC) ecosystem, including female entrepreneurs and investors.” The average capitalization for early-stage, female-founded start-ups surged from USD 30 million to USD 45.5 million in the previous year, as of September 30, 2021. Average values for late-stage start-ups grew from USD 70 million to USD 120 million, representing a 69.4% increase over the previous year.

Enterprises created by females were disproportionately impacted in contrast to male-led businesses between March and June 2020, when much of the United States was subject to government-mandated travel bans as well as various imposed business closures. During the same 3-month period, female-founded enterprises witnessed a 28.1% fall in the financing, while male-founded companies indexed just a 5.4% decrease. That year, opportunities and chances for women-led businesses were exceedingly sporadic; females would not witness consistent growth until December 2020. Despite the hurdles posed by COVID-19, males continued to enjoy an “incremental increase” in transaction flow throughout the year.

Even though female-founded enterprises had a promising year, male-led businesses had a distinct edge. Ann Cairns, global vice chair of MasterCard, a BTB sponsor, spoke about how her organization is committed to helping women and promoting a more “diverse tomorrow.” “From new goods and services to adjusting to an evolving digital status quo,” she told BTB, “we’ve seen female-led firms show even greater resilience amid a worldwide financial slump.” “As part of our larger financial inclusion aims, MasterCard is dedicated to assisting 25 million female entrepreneurs by 2025.”

We assist female entrepreneurs in being compensated, obtaining finance, and becoming digital since they contribute to global development and innovation.” Other S&P 500 firms have also committed to promoting an inclusive culture, and their efforts are bearing fruit as 30% of the S&P 500 board directors are now women. Furthermore, the ‘All In’ study emphasizes a growth in angel investors backing female-founded businesses, as well as how many females are “on the other end of the table,” from women entrepreneurs that have “check writing” power. As per PitchBook data, just 12% of check writers in the United States were females in 2019.

Women now account for 15.4% of venture capital executives with the ability to make bets. This uptick may appear insignificant, however, BTB notes how it may have a rippling effect since “women founders prefer to seek-out woman investors and that the odds of a female-founded firm successfully receiving finance might increase with a woman shareholder in the room.” In the study, professional golfer and angel investor Michelle Wie West stated, “I aim to invest in businesses that are either woman/minority created, have a strong social/environmental objective, and firms that strive to assist in reducing the barrier into athletics, such as golf.”

Women in venture capital have been on the upswing throughout the nation, particularly in Silicon Valley (17.1% of general partners), New York (16.8%), Massachusetts (14.5%), and California (12.9%). Women made up just 11.8% of all NYC-based VC executives this time last year, therefore New York witnessed the most gain of the 4. Improvements in VC transaction activity for female-founded firms have been registered across the country in sectors such as technology, medical services, and financial technology. The objective of many women entrepreneurs is to encourage and empower the next generation of entrepreneurs and innovators.

Katie Rae, CEO as well as managing partner of The Engine, a tech institution, established the Equity Summit, an online event that promotes industry reform and “brings individuals together to secure more investment into the hands of females.” “I co-founded Equity Summit with Trae Vassallo as well as Mar Hershenson to provide marginalized investors with visibility and opportunities for professional relationships,” she explained in the study. “There are so many issues in the world now that need to be addressed, and so many talented females to resolve them.” Although there’s still progress to be made, since 84.6% of GPs are male and male-led firms continue to have an edge, there is an obvious increase in female-founded businesses across the country.