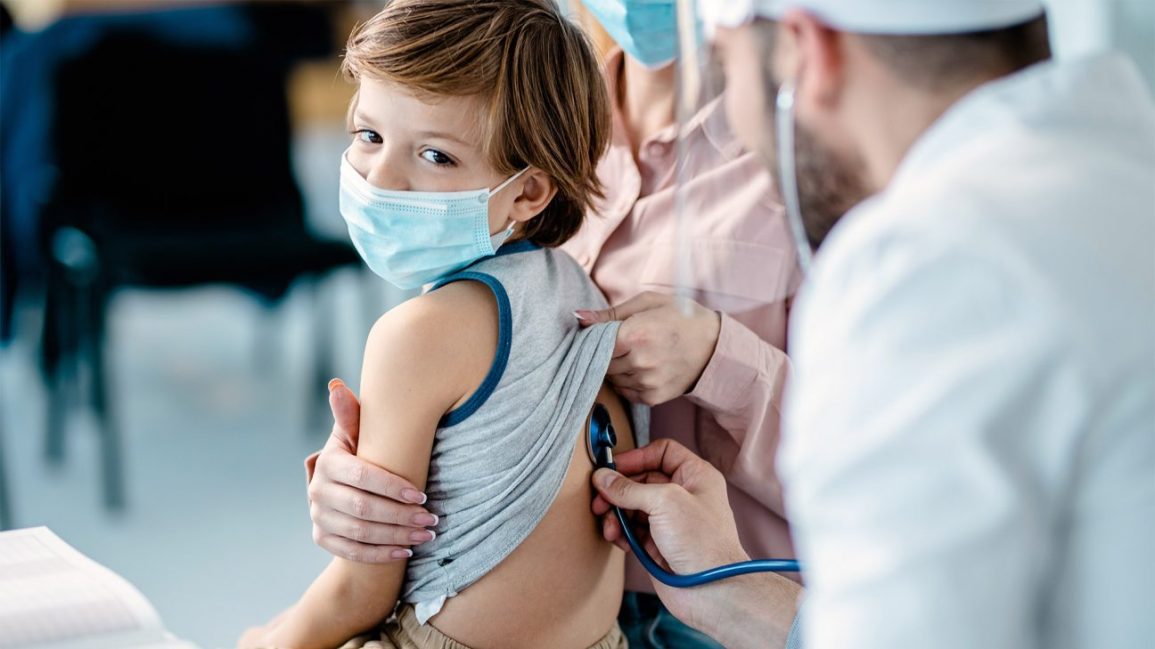 A demand for a vaccine that is expected to prevent COVID19 infection among children is increasing day by day as the Delta variant has heightened the risk to people that have not been vaccinated yet in the US. At present, COVID19 cases are rapidly surging among children as compared to earlier during the pandemic. While experts claim that children are at a lower risk of being severely ill with COVID19, in the absence of a vaccine, they remain vulnerable to the SARS-CoV-2 virus. Nearly 94000 children have tested positive for COVID19 last week. As per the American Academy Of Pediatrics, more and more kids are being admitted to the COVID19 pediatric units across many hospitals in the country. Pfizer has recently announced that the company will put forward vaccine safety data on children in the age group of 5 to 11 years towards the end of September. Moderna as well will submit safety data on a vaccine for 5 to 11 years old kids in the middle of the fall. After that, it will be the responsibility of the US Food and Drug Administration (FDA) to authorize the vaccine as faster as possible. The officials from the government have claimed that there will be a vaccine for children in the age range of 5 to 11 years by the end of this year or early next year. Health experts have said that a timing frame of a vaccine for children who are below 5 years is still unclear; they believe that officials will give a green signal to a vaccine for toddlers and infants soon after authorizing a shot for 5 to 11 years olds. However, these timings are still vague as clinical trials for these shots are still under process.

The FDA as well has said that the pool of children that have been enrolled in the clinical trials should expand. The FDA officials have said that with a larger set of volunteers, even the rarest of rare side effects can be identified easily before the vaccine is used across the country. Scientists have said that a shot for people above 12 years and a vaccine for children who are in the age group of 5 to 11 years have the same composition. For Pfizer, children who are below 12 years will be given a dose of 10 micrograms while young adults above 12 years receive a dose of 30 micrograms. Health leaders have urged the FDA to authorize a vaccine for children as soon as possible as the Delta variant has been surging among children across the United States. The president of the American Academy of Pediatrics has recently written a letter to the chief of the FDA stating that the last week has seen the largest week over week percentage boost in COVID19 cases among children since the pandemic has started in the United States. President Lee Savio Beers has stated in the letter that the Delta strain has imposed a pressing and unprecedented risk to children and young adults across the US in the same way the concerning variant has created a risk to people who have not been vaccinated yet. He has said that in order to speed up the authorization, the FDA should give a green signal to the shots with the safety data that has been obtained from the children who have already been enrolled in the clinical trials. Later, the agency can continue to track the data on the second group of children.

The AAP chief Lee Savio Beers has said that the recent decision of the FDA to expand the number of children who have been enrolled in the clinical trials of the shots will further holdup the timeline for a vaccine while it is very critical at this time. He has said that there is enough data available for the FDA to authorize a vaccine for children at the earliest possible. Dr. Beers has said that health officials need to address the clinical trials in the sanction of the COVID19 shot for children with the same necessity that we have shown with adults earlier. On the other hand, health experts from the Biden government have said that the FDA will not leave any stone unturned to verify the safety and effectiveness of the shots. Health experts from the FDA have claimed that more and more children should participate in the clinical trials and it will not delay the process of the vaccine authorization. The FDA has said that even parents are interested to enroll their children in the clinical trials of the shots. The regulatory agency has said that the FDA will not need an extended time of safety data collection for the younger age group. The FDA has decided this considering that it will not be compulsory as long as more children are included in the clinical trials of the shots. Peter Marks who is the chief of vaccine regulation at the FDA has said that the agency will follow the required timeline and decision-making process. He has said that the agency will look at all the angles thoroughly. Peter Marks has said that it will assure people that the FDA is very cautious when it comes to a vaccine for small children. While toddlers and young children are waiting for a COVID19 vaccine, the US Centers for Disease Control and Prevention (CDC) has reported that nearly 1 million adult people in the US have received a third dose of Pfizer or Moderna vaccine that is being termed as unauthorized booster shots. As per an internal briefing at the CDC, most cases of people taking an additional dose of either two-dose shots have come from Florida. Health officials from the CDC have said that people from Ohio, California, Illinois, and Tennessee as well have received an extra shot of either COVID19 shots. The CDC data has not monitored those who might have taken an additional dose of the single-dose vaccine that has been developed by Johnson & Johnson. However, it is unknown whether these people have taken an additional dose of the vaccine after being recommended by a health care provider.