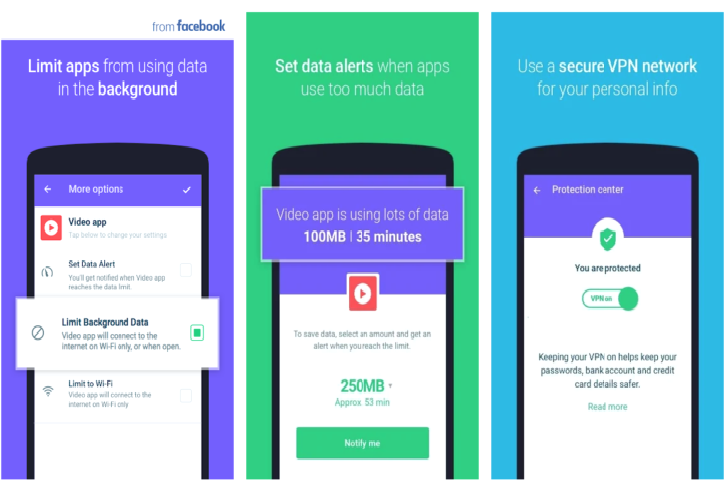 Facebook’s Research App lured many teenagers in sending their data to the company for marketing purpose. The company paid them small gift cards for the loads of data they’ve collected. Facebook used the code of Onavo VPN app in their Market Research app and been using it for a quite long time. After Apple removed this app from its App Store, the company has decided to remove the support for Onavo VPN app. The app will stop operating in a few days until users get a new alternative. As of now, the app will not pull personal data from their users for research purpose and will only work as the VPN app.

The culprit Facebook research app initially used to pull the data from users with the help of a code from Onavo protect VPN app. As Apple has forced this app to run on their devices, it’s stopped recruiting new volunteers for this app. The app was suspected to have violated Apple’s Enterprise Developer Certificate by stealing the data from its users. After that, Facebook has stopped recruiting the volunteers. The company has discontinued the Onavo Protect service but not the Facebook Research app with current volunteers.

Facebook advertised the Onavo app like the way to limit background data consumption from third-party apps and VPN service to protect the personal data from internet threats. But in reality, it collected the data of users and the time they’ve spent on specific apps, websites, country and many other bits information for research purpose. Facebook bought the Onavo app in 2013 with the aim to collect data from users by any means. The entire transaction cost Facebook $200 million. The app was supposed to stay secret and even signed the “non-disclosure” agreements from the volunteers, but nothing stayed secret for a long time due to malicious practices of the company.