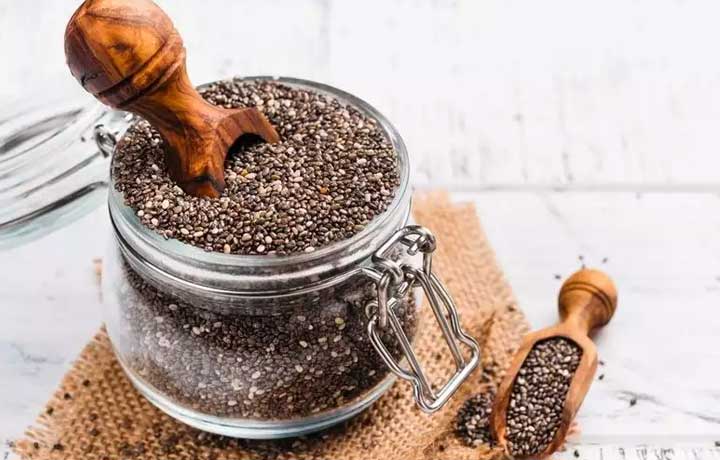 It contains around 10 grams of fiber per 2-tablespoon servings. The US Food and Drug Administration (FDA) has suggested that the daily intake of fiber should be 28 grams for a 2000-calorie diet. Health experts have said that although it might be tempting to knock out 36 percent of daily needs of fiber with chia seeds alone, having a 1 ounce serving in just one go might not be the best choice for everyone, mostly for people who have been eating a low fiber diet. As per the report, a majority of people in the US eat a low-fiber diet. The most recent data from the US Department of Agriculture (USDA) has shown that an average American eats only 16 grams of fiber in an entire day.

Experts have said that people eat about 60 percent of the average intake of fiber by consuming one serving of chia seeds in one sitting. They have said that although fiber is highly beneficial to people’s overall health and they should try to reach the recommended intake of fiber, eating high amounts of fiber in just one serving when the body is not habitual of processing that much fiber can lead to multiple digestive problems in people. People might deal with boating due to high levels of a particular type of fiber that is found in chia seeds. An analysis, which has been published in the Research Journal of Recent Science, has shown that chia seeds contain insoluble fiber that accounts for 50 percent of the nutritional build-up of chia seeds.

A review that has been done by a Journal of Pharmacognosy and Phytochemistry has revealed that insoluble fiber that is found in chia seeds can extend gastrointestinal transit time. One benefit of this process is that it makes people stay fuller for a long time but the bad news is that some people might deal with bloating due to extended gastrointestinal transit time as the body passes the fiber through the digestive tract.

Health experts who have been involved in the study have said that although some people might deal with bloating while eating high amounts of chia seeds, once the body is used to process higher amounts of fiber, people might be able to enjoy all the unbelievable benefits of chia seeds. Experts have said that fiber found in chia seeds can help people stay fuller for a long time and can help people lose belly fat. The food helps regulate blood sugar levels and prevents LDL (harmful cholesterol) from being absorbed into the bloodstream as well. Experts have said that people should soak chia seeds in water before having them to reap maximum benefits and avoid digestive issues.