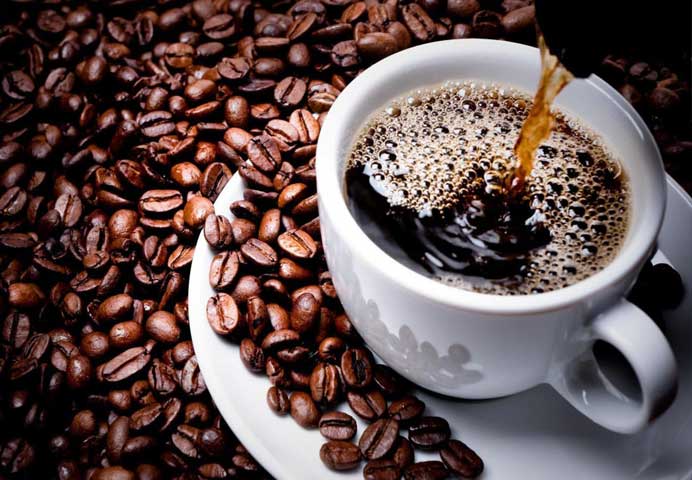 A new study has revealed that having a cup of coffee half an hour before doing exercise can boost the rate of fat burning. Experts have looked at 15 male participants in the study. They have found that around 3 milligrams of caffeine per kilogram of body weight that is around half a single dose of caffeine can enhance the rate of fat burning during aerobic exercise sessions.  As per the findings of the study, the coffee dose has been able to boost maximal fat oxidation rate (MFO) by an average of 10.7 percent in the morning and 29 percent in the afternoon. MFO is a measuring unit of how effectively the body burns off the fat.

Experts have said that MFO is usually at a low level in the morning and as compared to the afternoon like overall aerobic capacity. Dr. Francisco Jose Amaro-Gahete, who is a physiologist at the University of Granada in Spain, has said that the recommendation by health experts to work out empty stomach in the morning to maximize fat oxidation is usual. He has said that the suggestion might not be based on scientific evidence, as it is uncertain the increase in fat oxidation occurs due to exercising in the morning or going without food for a long time.

Experts have closely observed the link between caffeine and exercise in the study. They have said that caffeine acts like a stimulant, which is linked to improved athletic performance. However, the science behind this correlation is not as inclusive as it should be. During the course of four weeks, all 15 participants in the study have gone through four tests in random order. Some of the participants have been given a placebo at 8 am and a placebo at 5 pm. At the same time, some of the participants have been given caffeine supplements at 8 am and 5 pm.

The fat burning capacity of the body has been observed that shows the effect of the caffeine on MFO in ensuing cycling tests after participants have been given a stimulant or placebo. Experts have seen as the intensity of exercise that elicits MFO has increased, maximum oxygen uptake as well has shot up. Dr. Francisco Jose Amaro-Gahete has said that the findings of the study have shown that acute caffeine intake around 30 minutes before doing an aerobic exercise test has boosted maximum fat oxidation during work out irrespective of the time of day.

The authors of the study have said that as the study has been done with a small number of participants so it is not advisable to jump to a conclusion. However, outcomes are clear enough to show that there is a certain kind of link between caffeine intake and exercise. The findings of the study add to a growing body of evidence that suggests caffeine can impact the functioning of the brain and body. Experts have said that there is still a lot more to study about caffeine’s effect on sleep and our bowels. The study offers some clues on how to make the most of daily exercise regime in terms of fat burning.

The study has noted that a cup of coffee might increase the benefits of people’s workout sessions. Scientists have concluded the study saying that a blend of acute caffeine intake and moderate-intensity exercise in the afternoon might provide the best possible benefits to people who want to boost whole-body fat oxidation during aerobic exercise. The findings of the study have been released in the Journal of the International Society of Sports Nutrition.