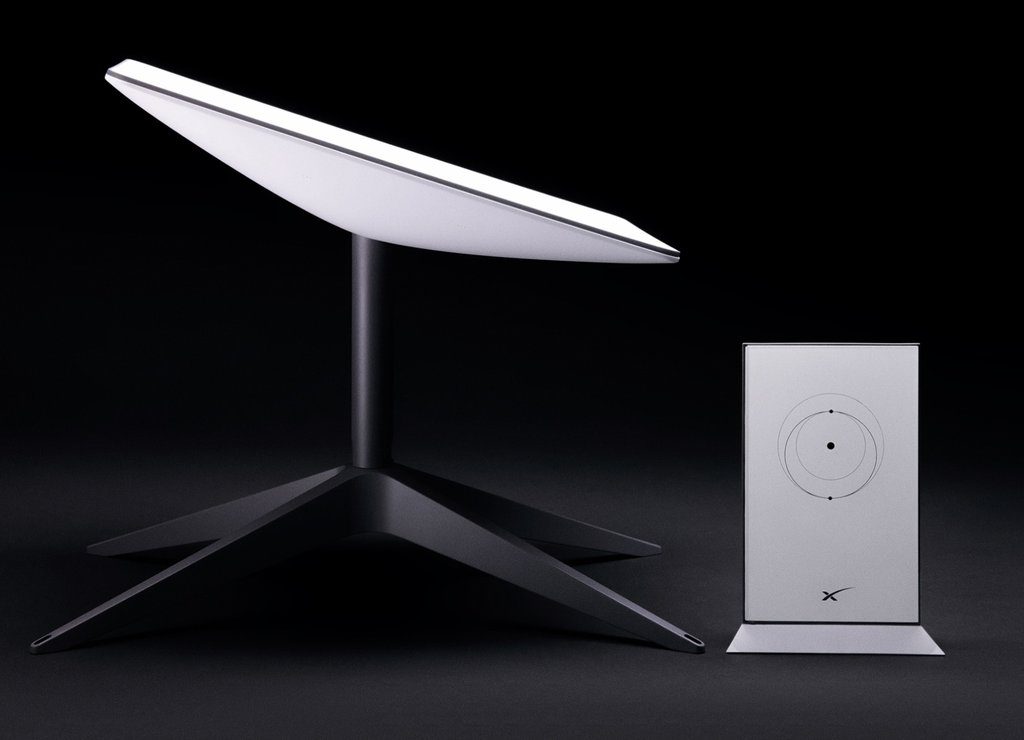 This week, SpaceX satellite telecommunications startup Starlink showcased new technology, including a large rectangular antenna suitable for receiving the corporation’s broadband signal circling overhead. The dish receives regulatory authorization from the Federal Communications Commission a few months after SpaceX president Gwynne Shotwell stated that the organization was starting to work on reducing the high manufacturing costs for its Starlink hardware, though the initial cost to customers is still the same, from USD 499. Starlink satellite internet connection costs USD 99 per month from there. According to Starlink’s webpage, the redesigned antenna is presently available for all new orders completed in the United States. It is lighter as well as smaller than the old design, which has a round shape and weighs 9.2 pounds.

The store provides a variety of mounting solutions for roofs, lawns, and house exteriors, but the dish is also intended to rest on its own legs for ground-level installations or to accommodate a rapid setup with the aim of checking the connectivity. The new antenna is also accompanied by a new router. It’s a Wi-Fi 5 instrument, much like the previous one, however, the Multi-User Multiple-Input and Multiple-Output (MU-MIMO) features have been improved from 2×2 to 3×3, which means it facilitates three independent pathways of concurrent traffic that connects different devices online at once or merges to enhance the data rates to client devices with multiple antennas. The new router lacks the original Ethernet connection, so if users wish to link a third-party router, they’ll be required to buy an additional Etherlink connector from the Starlink site.

Starlink has witnessed consistent growth in 2021, with the number of orbit satellites in the firm’s network approaching 2,000, after releasing its beta in late 2020 and boasting more than 10,000 subscribers by February of this year. Elon Musk, CEO of SpaceX, stated in August that the business has supplied over 100,000 receiver antennas. Musk also stated that he expects the firm to provide worldwide workability by September, albeit this is subject to local regulatory permissions. During their preliminary hands-on testing of the network earlier this year, typical data speeds were 78Mbps and latency of 36ms. Both of these are impressive rates by satellite internet norms, however, Musk has stated that Starlink’s service will have maximum speeds of up to 300Mbps by 2022. Starlink plans to launch a total of 12000 internet satellites in its constellation which will eventually provide high-speed internet to any location on the planet.