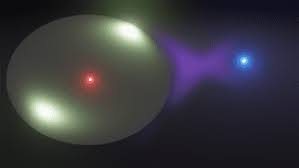 Home / Gain a Quantum Advantage by Becoming an Early Adapter

Gain a Quantum Advantage by Becoming an Early Adapter

Quantum computers are becoming a reality and hold promise for solving some of the world’s most difficult problems. They harness the strange properties of quantum mechanics to perform calculations much faster than classical computers. However, there are still many challenges to overcome before quantum computers can become mainstream.

How quantum computers work: The basics

Quantum computers have the potential to revolutionize information processing by allowing for unprecedented levels of efficiency and speed. They operate on qubits, which are systems that can both represent a 0 and a 1 simultaneously, allowing for multiple calculations to be carried out at the same time. Although they are still in their early stages of development, quantum computers hold great potential for future breakthroughs in cryptography, machine learning, and AI.

Compared to traditional computers, quantum computers are able to process information much faster and can solve certain problems much more easily. Some of the advantages of quantum computing include:

1. Increased speed and efficiency – Quantum computers are able to process information much faster than traditional computers. This makes them ideal for tasks that require a lot of processing power, such as data analysis, simulation, and machine learning.

Quantum computers are able to process information using quantum bits, or qubits. While this makes them incredibly powerful and faster than classical computers, they also have a few disadvantages. One such disadvantage is that quantum computers are incredibly difficult to program and require a high level of expertise. Additionally, they can be unstable and lose data if not operated correctly. Finally, they are extremely expensive to build and maintain.

Conclusion: So, what’s the future of quantum computing?

Quantum computing is still in its early days, and there is much research that still needs to be done in order to make it a practical technology. But there is no doubt that quantum computing has the potential to revolutionize the way we process information and solve problems. In the future, quantum computers may become a staple of businesses and organizations, helping them to perform complex calculations and analysis at unprecedented speeds. They could also play a role in the development of new drugs and materials, and help us to better understand the complexities of the universe.