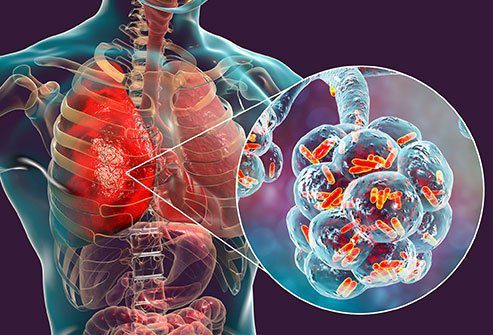 Health experts have warned that as schools and universities will resume in-person learning, the danger of surging COVID19 cases as well will shoot up. Through a large number of school and university campuses, COVID19 outbreaks are making their comeback as a huge number of people in the US are yet to be vaccinated. Amid the fear of raging Delta variant, Duke University has been found to be caught in another major health scare. Health experts have reported that nearly 84 people from Duke University have been exposed to bacteria that can lead to Legionnaire’s disease while visiting the K academy basketball camp. As per the report, this is not the first outbreak that the US has faced during the COVID19 crisis. In July, a person has tested positive for monkeypox in Dallas and has been admitted to the hospital. This has been the first case of monkeypox since 2003 in the United States. In the last week of July, the US Centers for Disease Control and Prevention (CDC) has reported a significant outbreak of Candida Auris in Washington DC and Texas. Experts have said that Candida Auris is a superbug that has no effective cure to date. In the early weeks of August, health officials have decided to shut down some parts of Lake Tahoe in California after they have reported confirmed cases of plague in chipmunks in the region. Health experts have predicted that there is a fear of extensive disease outbreaks in the state of Tennessee as well; therefore, the state officials have postponed all vaccination programs for children.

The surging spread of the Delta variant of coronavirus as well as a cause of worry in the US at this time. Experts have said that thousands of people in the US are at risk of severe COVID19 infection due to the concerning variant. The latest outbreak of Legionnaire’s disease shows how easy it is to fall ill in the absence of sufficient protection. The North Carolina University has made COVID19 vaccination compulsory for all those who visit the campus. Experts have said that the decision has been proved to be beneficial in hindsight. More than 100 people have tested positive for COVID19 out of 10000 tests performed on the campus this week, the rate of positivity has been just 1 percent. None of the people who tested positive seem to have severe symptoms of COVID19 infection. Nearly ninety-seven students and fourteen staff members have been among those who have been diagnosed with COVID19 infection. Duke University has made mask-wearing mandatory inside the campus to contain the spread of the virus. New cases of COVID19 have originated from an off-campus indoor gathering, said the experts. With a mask-wearing mandate and vaccination policy, Duke University has been able to keep the number of COVID19 cases on the lower side; however, the campus has faced another health jolt with the outbreak of Legionnaire’s disease. People who are being treated for the disease have contracted the bacteria from a training room in the Schwartz -Butters building at the campus said the experts.

Health officials from Duke University have closed that area and have been disinfecting the entire area. As per the experts, the bacteria can lead to Pontiac fever as well. Pontiac fever is a placid infection as compared to Legionnaire’s disease, it mainly leads to fever, and muscle aches. People who are being treated for Legionnaire’s disease have said that they have been dealing with symptoms such as fever, muscle aches, fatigue, and respiratory issues. They are being treated either at Duke University or by their personal health care providers. A spokesperson from Duke University has said that people who have been exposed to the bacteria have been contacted by the health authorities and all of them are expected to fully recover soon. As per the latest report, no student student-athlete from Duke University has been exposed to bacteria. Health experts have said that Legionnaire’s disease is a severe form of pneumonia. The US Centers for Disease Control and Prevention (CDC) has said that the disease is caused by a bacterium that is known as Legionella, which can be found in freshwater. Legionella bacterium can also be found in faucets, decorative fountains, hot tubs, plumbing systems, cooling towers, showerheads, and hot water tanks as well. Health experts have said that symptoms of the disease usually start showing up within 2 to 10 days after exposure to the deadly bacteria. The CDC has warned that one in 10 Legionnaire’s disease patients might be at risk of death as well. Nearly four people have lost their lives due to the disease after contracting the bacteria at the Mountain State Fair in western North Carolina in 2019. At that time, a report released by the state Department of Health and Human Services has shown that hot tub water that has been scattered into the air might have led to the outbreak. This outbreak has led to 136 cases of Legionnaire’s disease and one case of Pontiac fever. After this outbreak in western North Carolina, the CDC has changed its guidelines for hot tub water shows at public events. Experts from the CDC have suggested training and daily-basis water screenings for hot tub vendors and owners.