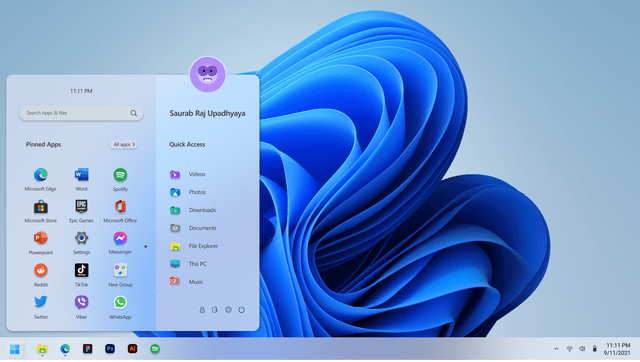 When Microsoft unveiled Windows 11 this summer, it also revealed a significant shift in its approach to its app store. After years of apathy, Microsoft announced that it will accept all types of programs created and packaged using all types of technologies into its Windows Store, including anything from classic Win32 apps to Electron applications, and even Progressive Web Apps (PWAs). Microsoft confirmed that key third-party programs such as Zoom, Discord, Adobe Reader, the VLC video player, and even LibreOffice suite are now accessible through the Windows Store for users running Windows 11 Insider Preview versions.

There are other web applications such as Wikipedia, Reddit, and Tumblr. These PWAs appear and operate exactly like ordinary webpages, but they can be quickly pinned to the Start menu or Taskbar, display notification badges, and have a few additional features that make them seem more like desktop applications. Microsoft has also stated that it would allow other app stores, beginning with Amazon as well as the Epic Games Store, to be integrated into the Windows Store. These will be accessible “in the coming months.” (when support for Amazon’s Android applications is introduced to Windows 11 after its official release, those applications will still be accessible from inside the Microsoft Store.)

If users don’t wish to (or can’t) install Windows 11, Microsoft promises the new Windows Store and its new applications will be available for Windows 10 “in the coming months.” The formal launch of Windows 11 is scheduled for October 5. When it first debuted in Windows Phones as well as Windows 8, the Windows Store’s design was more akin to that of Apple’s App Stores, although it has never been a very useful or easy method to get most workaday Windows programs. If that changes with Windows 11, it will favor Microsoft, even if most of the applications don’t directly generate revenue for the firm.

If the Windows Store has become a more comfortable location for consumers, programmers will be more likely to port their applications to it and will make it more suitable for consumers, and so forth. In addition, Microsoft stated in June that programmers who utilize their payment systems (or third-party payment services from firms other than Microsoft) will be allowed to keep 100% of the money they generate, rather than the normal 85/15 revenue ratio split for applications. This shift, however, does not apply to games, which have a smaller 88/12 income share but must pay Microsoft their cut irrespective of how payments are handled. According to Apple vs. Epic Games case, games make up 70% of Apple’s App Store income.