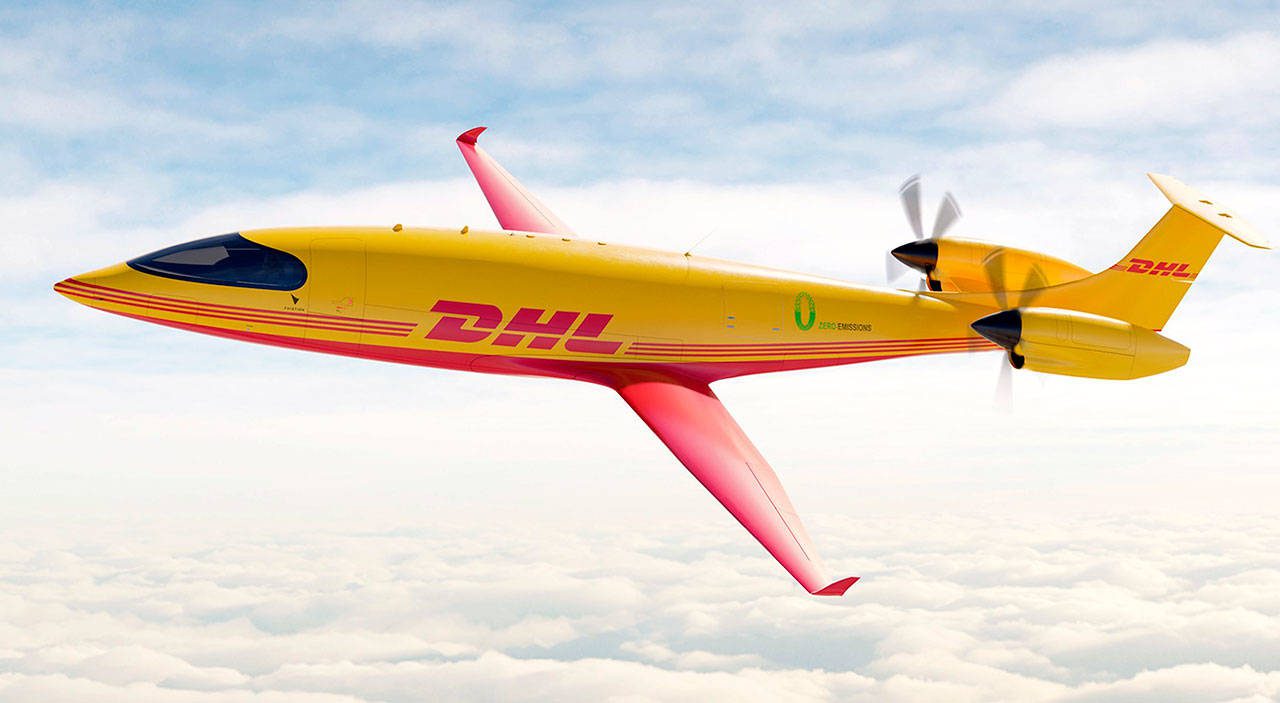 DHL Express has become the first express service provider to order 12 all-electric cargo aircraft from startup Eviation. DHL plans to use these electric aircraft to start delivery in 2024. The company is working on building the world’s first electric air cargo network. The unit of German logistics group Deutsche Post is acquiring electric planes as its plan to reduce carbon emissions in the coming years. Commenting on the deal, the chief executive officer of DHL Express, Americas Mike Parra said that these Eviation electric planes will be spread out in between the West Coast and the East Coast. “We will expand our fleet of electric cargo planes in coming days. As for now, some of our smaller feeder aircraft will be replaced by these 12 Eviation electric planes. This is also a step towards our commitment to sustainability. These steps will help us achieve our target of net zero emissions by 2050,” Parra said. DHL is the first company to purchase ‘Alice’ from Eviation, a start-up that is focusing on electric airplanes for passengers and cargo. The plane built by the Washington-based start-up is manufacturing a plane that would be capable of flying at a speed of 250 mph. The maximum weight that it would be capable of carrying is 2,500 pounds. It can cover a distance of 500 miles on a single charge.

DHL Express said the time taken to fully charge the plane is around 30 minutes. It is almost equal to the time it takes to fill the fuel tank of a similar-sized traditional airplane. Eviation founder and CEO Omer Bar-Yohay said that the planes made by the startup will fit existing business models. “DHL is the kind of customer that is ideal for us. They are using similar-sized planes for sending parcels around. Our focus is to develop Alice in a way so that can fit existing business models. It would be able to operate from existing airports,” Omer said. The plane, which is fitted with an 820kWh lithium-ion battery, can be flown by a single pilot. The battery system of the plane weighs around 3,720 kg. Earlier, the startup had said that the plane will have a 920kWh battery system that will weigh around 3,600 kg. The planes by Eviation will not only save the planet but also reduces a considerable amount of maintenance cost. According to the company, the electric motors of its plane have fewer moving parts. This not only increases reliability but also reduces the cost of maintenance over combustion. The plane is equipped with operating software that keeps a constant watch on flight performance and ensures optimal efficiency.

The primary business of DHL in the United States is importing purchased goods from overseas companies and then delivering them to customers in the country. DHL Express is now planning to use Alice planes for this purpose. This is because these smaller markets and consumers are within range and are commonly referred to as the middle mile. The company said that before finalizing Alice, it considered electric vertical aircraft or EVAs for its US network. However, it decided that Alice would be a better option for the company. Electrification of vehicles, both passenger and commercial, is already a trend. According to an estimate, the market is expected to grow to USD 5 trillion in the next 10 years. There are other express service providers who are focusing to go all-electric. FedEx has already announced that it would achieve carbon natural operations in the next 20 years. For this, the company has planned to spend USD 2 billion. Amazon is already in the process of testing electric pickup vans for delivery. It has plans to buy over 100,000 electric delivery vans from Rivian, which is funded by Amazon and others.