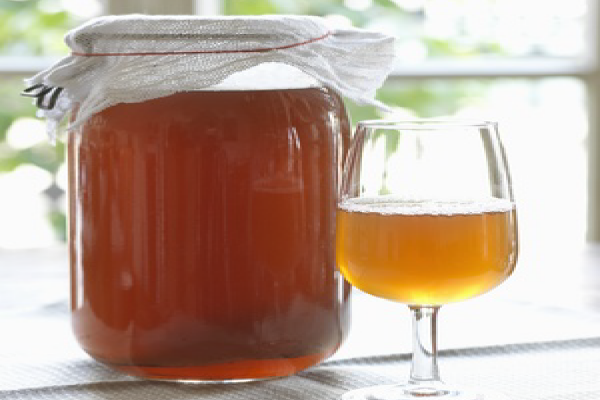 Kombucha also known as manchurian mushroom, tea mushroom, and tea fungus is a type of fermented tea. Invention of this tea dates back nearly 2000 years ago in China and then it spreads across Japan and Russia. In 20th century kombucha became popular in Europe. Kombucha is manly made using three ingredients namely sugar, black tea or green tea, and SCOBY. SCOBY is an acronym for symbiotic culture of bacteria and yeast. It is used to ferment and prepare kombucha. During the time of fermentation small amount of alcohol, acids and bacteria are formed in the drink. Kombucha is consumed as a functional and probiotic beverage. It is sweetened, lightly alcoholic, and effervescent beverage.

Growing consumer’s preference towards beverages with refreshing taste and flavor is resulting into increasing demand for kombucha. It is also available in various flavors and colors making them more appealing towards the consumers. Various key players not only offer kombucha with original flavor but also combining it with fresh juices. Flavor of kombucha also depends upon type of tea that is used and its changing its fermentation time. Juice of various fruits such as apple, beet, pineapple, lemon, etc. are added to kombucha for giving it a different flavor. In exotic flavored kombucha fresh, frozen or dried fruits, herbs, and spices are also used.

In addition, rising awaress regarding health benefits by consumption of kombucha is fueling its adoption among health conscious individuals. Bacteria that are found in kombucha are probiotic in nature. It also contains various types of minerals and vitamins such as vitamin C, Vitamins B12, B6, and B1. They help improve digestion, weight loss, and inflammation. Studies have also stated that consumption of kombucha controls the sugar level in blood as well as reduces risk of breast, colon, and prostate cancer. Kombucha made with green tea contains antioxidant that reduces adverse effects caused by free radicals in the body. It also reduces liver toxicity and risk of heart dieses. Kombucha slowdowns carbs digestion, improves kidney’s function and manages type-2 diabetes. Kombucha has various health benefits when made properly and consumed moderately.

However, contaminated kombucha can adversely affects health of an individual. Consumption of kombucha in high amounts causes dizziness, nausea, and stomach ache. In addition, prolong fermentation of this tea can build high amounts of organic acids in it, which can be harmful if consumed directly. Kombucha cannot consumed by breastfeeding women and pregnant women. These are some of the factors can affect demand for kombucha in the coming years.

Increasing demand of Kombucha in North America region is caused by rising awareness regarding advantages of kombucha and increasing consumption as health and energy drink. Growing preference for natural products and strong supply chain are factors helping to provide kombucha efficiently to the consumer. There is an increasing consumption of kombucha in Europe, especially in Germany and Russia, owing to increasing demand for functional drinks among individuals.