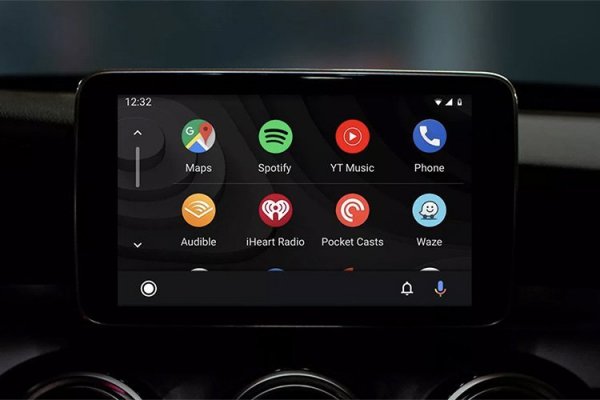 As shown off in GOogle’s I/O 2019, Android Auto is getting a redesign with the introduction of Dark Mode in the operating system. The update was slated to release in July, but Google accidentally released the update before the scheduled date to some of the users last month. Now, the company is officially rolling out the Dark Mode update to all of the users from today itself. The update rollout is global, means the users from all countries will receive the dark mode update if the system is connected to Wifi or any network.

A Handful of Reddit users claimed to receive the Android Auto Version 4.5.5928 update with dark mode. Some of the reddit users claimed that they had received the update notification, while others said they hadn’t received the same. But in the companion app, most of the users are getting “Try the new Android Auto” toggle button. The update is for Screens only, and the users will get full functionality once they receive the full update from Google or the device manufacturer. There are not many new features that need attention, except for the Dark Mode.

The dark mode is the new mode that makes everything dark on the screen. With the black accent of the screen, it becomes easier for the users to look at it without any strain on the eyes. Also, the Dark Mode is useful for saving the battery of the device. As Google is rolling out Dark Mode for all of their devices one-by-one, Android Auto is in the line and receiving the updates to enable this feature. Also, on the navbar, we can find the Assistant Microphone button for voice command and a Bell icon. The Bell icon is placed to check the notifications from other apps. As the update rollout is in progress, the users will slowly get the notification on their Android Auto system.