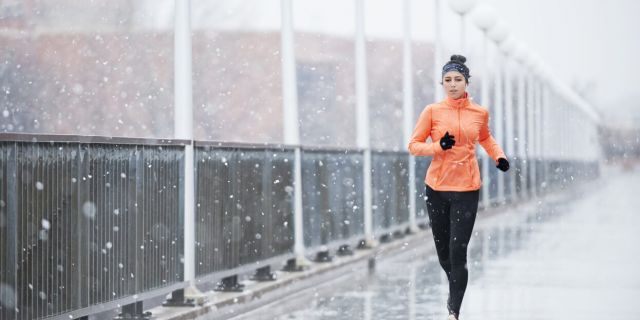 Forthcoming winter months might be quite useful for people who are planning to lose weight. A new study has revealed that cold temperature and vitamin A help burn fat. Experts have looked at the effects of cold temperatures and vitamin A on converting white fat into brown fat. The white fat region is where access calories are piled up. Whereas brown fat triggers heat generation and fat burning. The findings of the study have been published in the journal called Molecular Metabolism. Experts have revealed that more than 90 percent of fat in the human body is deposited as white fat. As per the study, it is stored in the abdomen, upper thighs, and bottom.

The findings of the study show that cold temperatures shoot up the levels of vitamin A in the human body. It helps in the conversion of white fat into brown fat, which triggers the fat burning process as well. Experts have said that mostly the reserves of vitamin A are stored in the liver. Researchers have done this study on mice. They have exposed mice to cold temperatures, which has increased the levels of vitamin A. Increased levels of vitamin and the blood transporters of the mice have triggered a higher rate of fat burning. Experts have seen that white fat has been converting into brown fat as rapidly as the rodents have been trying to keep themselves warm. Experts believe that this study might provide useful solutions to people who are dealing with extra weight or obesity.

The lead author of the study, Florian Kiefer has warned people from taking a high amount of vitamin A supplements to get rid of those extra kilos. He has said that though vitamin A plays a crucial role in the function of adipose tissues, such findings do not support consuming large amounts of vitamin A supplements without a prescription. The author has said that for weight loss, the transportation of vitamin A to the right cells at the right time is very important. Experts have developed a new mechanism where vitamin A controls lipid ignition and heat generation in a cold environment.