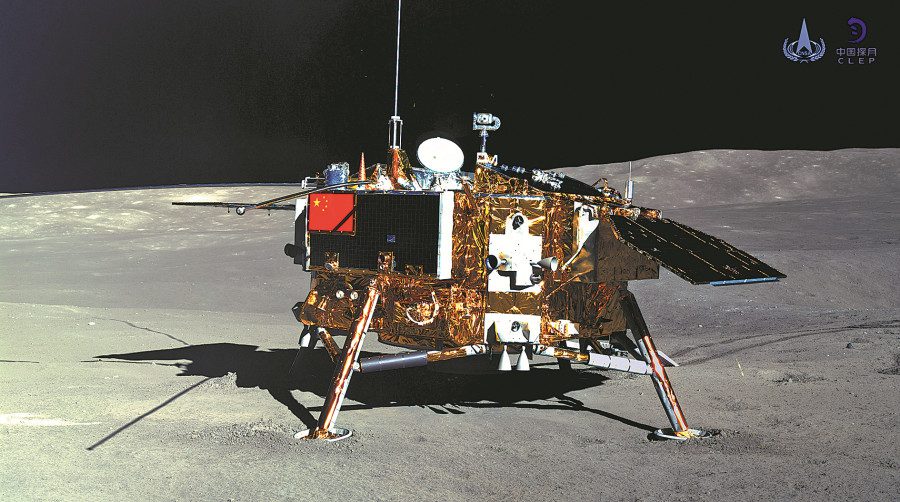 Chinese lunar probe Chang’e-5 has returned rocks and soil samples from Earth’s only natural satellite. The re-entry capsule landed in Inner Mongolia. China now becomes the third country to bring lunar rocks and soil. The two countries other than China to achieve this feat are the United State and Russia. The success of Chang’e-5 also marks the first such mission in over 40 years. The last time lunar samples were brought to Earth was in 1976 by the Soviet Union. According to the Chinese state space agency, its probe has landed with 4.5 pounds of rocks and soil. The mission also demonstrates China’s increasing capability in space.

Scientists are hopeful that a detailed analysis of samples will help them in understanding the evolution of the solar system. China has described Chang’e-5 as one of the most challenging and complicated missions in the country’s space history. The probe was launched on November 24. It comprised of an orbiter, a lander, an ascender, and a returner. It touched down on December 1 in the Oceanus Procellarum. It began its return journey on December 12 with rocks and soil samples. China said that the module worked for nearly 19 hours on Moon and collected 4.5 pounds of lunar rocks and soil.

China has even claimed that its national flag was raised on Moon’s surface before the lift-off of the module. This is the first time when China has brought back rocks and soil from an extraterrestrial body. According to the China National Space Administration, it spent 16 years preparing the mission. The agency said that the probe’s robotic arm drilled more than six feet underground to retrieve samples. China is aiming to send its astronauts to the Moon by 2030. It wants to set up a permanent research station on Moon. Notably, the US space agency NASA is also planning to send astronauts back to the Moon by 2024. It wants to develop a base on the lunar surface to assist future space exploration programs.