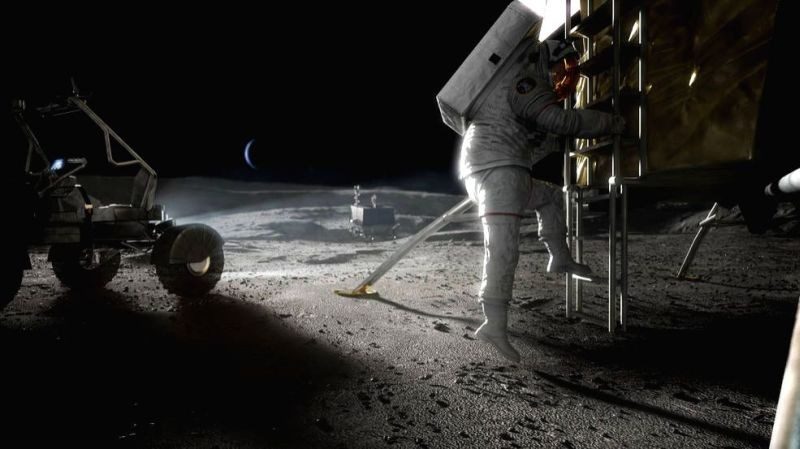 Chinese scientists have started studying Moon rocks that were brought back recently. The lunar rocks were collected by the Chang’e 5 mission. Scientists will explore the rock’s potential for fusion power. Having a clear understanding of the lunar rock’s geology is important in planning future missions. China is one of the nations that is planning to set up a permanent base on the Moon. But finding a resource for supporting human existence has become an important aspect. The Chang’e 5 mission was launched in 2020. It was the first lunar sample-return mission in more than 40 years. The Luna 24 mission by the Soviet Union had last brought back a lunar sample in 1976.

With the success of the Chang’e 5 mission, China became the third country to achieve this feat after the Soviet Union and the United States. The Chinese mission brought back 1.73 kg of lunar material. The capsule carrying 31 samples landed in December 2020. China distributed 31 samples to over 10 institutions in the country. The samples included fine grains, glasses, and more. Several institutions are studying lunar samples for different elements. Several teams have been constituted to look for the potential to generate electricity from fusion power. Separate studies are being done to also look for the presence of uranium. The findings could be of great value for the exploitation of nuclear energy resources.

Scientists expect that the new specimens will offer fresh insight into Moon’s geology and its early history. It is Earth’s only natural satellite. The mission assumes a special significance for China as it plans to set up a permanent base. The mission also demonstrated China’s increasing power in space. According to China, the mission unfurled the country’s national flag on Moon before it began its return journey. The past missions by the US and Soviet Union collected a total of under 400 kg of lunar surface materials. But all the samples were around three billion years old. The latest rock samples retrieved by Chang’e-5 are different from the past ones. China targeted a high volcanic region on Moon to collect samples.