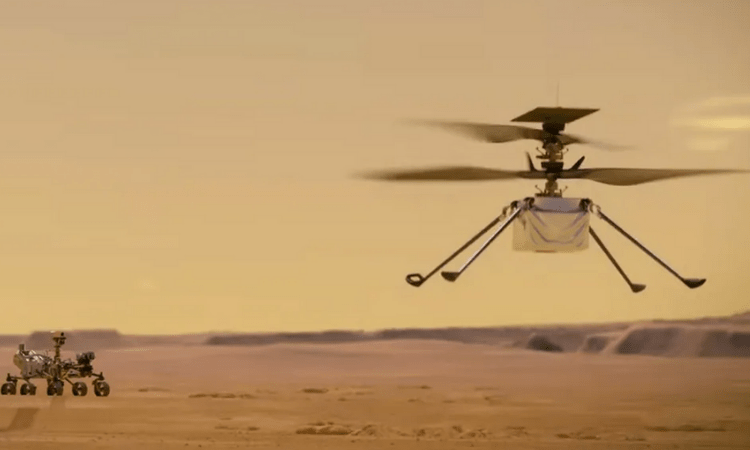 China Developing New Drone System To Explore Mars From Different Angles, To Bring Samples Back By 2030

China is further pressing for advancing its Mars program. The company recently managed to land a rover on the surface. It has described the mission as a huge success. Chinese scientists have now developed a prototype drone for future Mars missions. The drone is said to be quite similar to Ingenuity. Ingenuity is a Mars helicopter. It was developed by NASA. NASA sent Ingenuity to Mars along with the Perseverance rover. It was attached to the rover’s belly. The small robotic helicopter is the only object to fly in another world. Flying an object on Mars is challenging because the planet has a thin atmosphere. The helicopter has demonstrated a new technology that could redefine human space exploration efforts.

China said that the drone will boost the ability to explore the Red Planet more dynamically. It will also serve as a navigator for the rover. The Chinese rover has successfully completed the primary mission on the Red Planet. But it is still exploring the planet’s surface. The rover is said to be in a good condition. It will help a rover to locate and drive with precision and speed. Through the drone, scientists can capture views from different angles and also travel longer to cover much more distance than a rover can cover. The drone will help in making explorations more efficient. Further studies are being conducted to focus on the longevity of the drone in the Red Planet’s complex environment.

Researchers are exploring the best possible way to ensure an uninterrupted power supply to the drone. Ingenuity has a solar panel that helps in keeping the battery charged. China is also looking for a similar system. Besides, it is checking the feasibility of wireless charging. China is the only country after the United States to land a rover on Mars. It wants to send humans to explore the planet and set up a permanent base. The country is also aiming to return samples from the planet to understand the atmospheric composition. It has set 2030 as the deadline for bringing samples back.