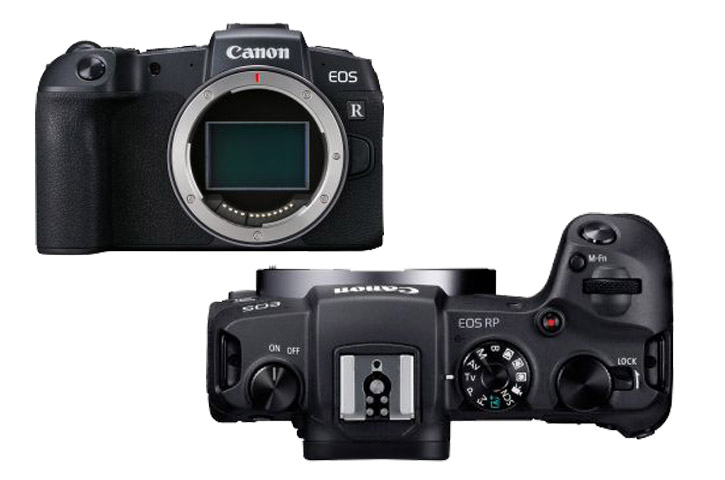 Canon today announced the launch of Full-Framed EOS RP Mirrorless camera in the markets for aggressive pricing at $1,299/. The EOS RP Cameras joined the EOS R camera series, which was launched last year. The EOS RP Camera has very aggressive pricing from the company with $1,299 for only the body and $2,199 for Body with lens kit of 24-105mm RF-mount lens. For a limited time, the buyers of this new camera will receive a mount and body grip for free with their purchase.

The Canon EOS RP Mirrorless camera has the 23.5-megapixel sensor, which is slightly less than what users will get in the EOS R series cameras. Even though the cameras are lower priced, they do come with the 4K video recording support in 8-Bit 4:2:2 aspect ratio. The video Fov crop is enormous, but compared to the pricing it is coming for, the 4K feature is very much acceptable. The devices also come with the 2.36 million dots electronic viewfinder, a dual-pixel autofocus system with face detection enabled, rear LCD which can flip out for comfortable views and a single UHS-II SD card slot.

Being the lower-end version of the Canon cameras, the burst mode is limited to 5 frames per second, and limited 4K video recording support. It’s not an ideal device for professional photographers who want to get the camera for accurate shots. Canon is offering three versions of this smartphone; the first one is only the body for $1,299/- with Mount and camera grip. The second version is with the Body and Lens kit of 24-105mm RD-mount lens with mount and hand grip for $2,199. The last one is the EOS RP Body with Lens kit of 24-105mm f/3.5 – 5.6 IS EF-mount lens for 41,699/-.