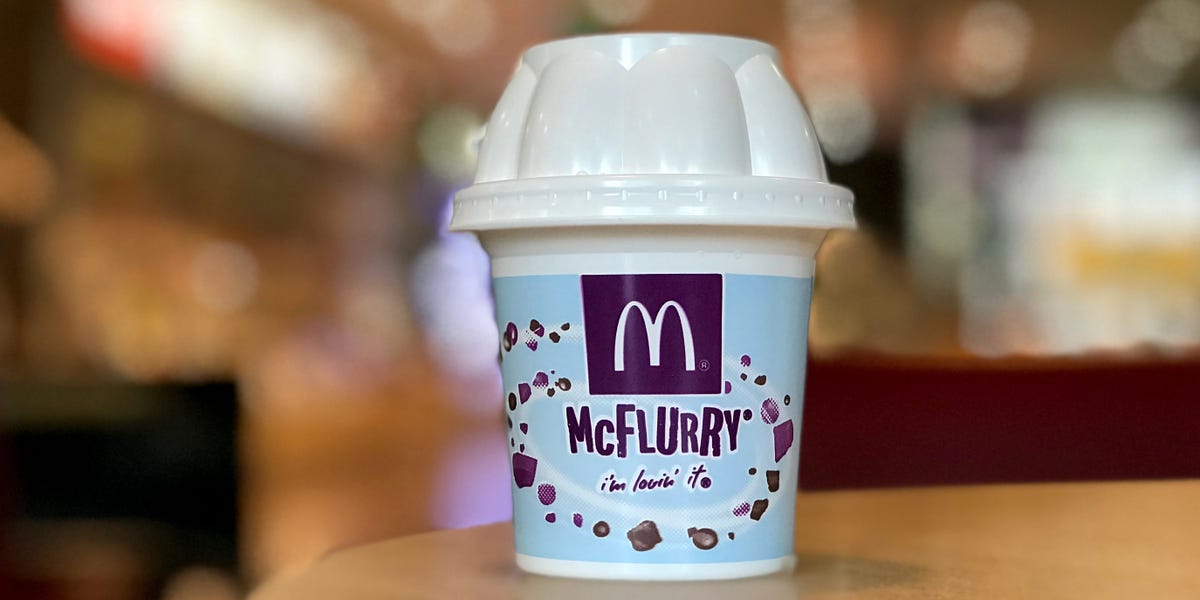 There are many people whose craving can only be satisfied by the sweet, candy-filled ice cream served by McDonald’s. But most of the time people have witnessed very irritating situations as they are often told that McFlurry machines are out of order. After years of broken ice cream machines across the country, it has drawn the attention of a government agency. According to reports, the United States Federal Trade Commission (FTC) is investigating the matter. The independent agency has reached out to McDonald’s franchisees to understand the problem. The agency has been trusted with the responsibility of protecting consumers from unfair and fraudulent business practices. This is why the FTC is now probing why McDonald’s ice cream machines are always broken. The agency had reportedly sent a letter to franchisees in this regard and sought to understand the reason behind this. The agency has not commented on the reports about its decision to investigate the matter. The machines that are a cause of concern are manufactured by a called Taylor. These machines are notorious for being fussy when it comes to fixing them. Employees of one of the largest fast-food chains have expressed their helplessness in repairing these machines. Unhappy with this, customers are often seen venting their anger on social media platforms. There have been several online petitions demanding a permanent solution as well. McDonald’s has acknowledged the problem and said that it is working on introducing new training and maintenance checkups that will keep McFlurry machines functional.

The machine has complicated functionality as it not only has to keep ice cream cold but also needs an automated heating cycle for the cleaning process. This is tricky as it has to withstand both cold and hot temperatures to keep serving ice creams. While the machine has to maintain a low temperature to keep ice cream cold and frozen, high temperature is needed every night to ward off bacteria. The machine often broke while maintaining a balance between the two. Owners told the agency that it leads to failure and the machine remains unusable until it is repaired by a technician. The bigger problem, as pointed out by owners, is that machines are not easy to repair and most of the time it is fixed only when technicians of the company visit. Some franchise owners have even pointed that there is some deliberate janky code that makes the entire process even more complicated. The problem has been there for a long despite the fact that McFlurry accounts for around 60 percent of sales of desserts at McDonald’s in America. The persistent problem prompted a company called Kytch to develop a diagnostic tool. The company specifically created a diagnostic tool that would help McDonald’s franchise owners to fix McFlurry machines on their own.

The machine offered by Kytch benefitted McDonald’s franchise owners and a report suggests that at one point in time owners in around 30 states deployed it. But McDonald’s told franchisees that the device is unsanctioned. Following this, Kytch co-founder Jeremy O’Sullivan filed a lawsuit. O’Sullivan accused Taylor of infringing on the rights of franchise owners to repair their own McFlurry machines. The lawsuit also accused the company of stealing intellectual property. This prompted the FTC to step in and investigate the matter. But Taylor has clarified that it in no way purposely designed the equipment that would be confusing for others. However, the company has not commented on the FTC decision to investigate the matter. Meanwhile, both Taylor and Kytch have so far not been approached by the independent agency. The agency is in the early stage of investigation at the moment and trying to understand how the fast-food giant reviews equipment and how often it allows franchise owners to fix their machines. It is pertinent to mention that the preliminary investigation does not indicate that there has been some kind of wrongdoing on behalf of McDonald’s. However, the timing of the investigation is important as it comes after the Biden administration issued an order to examine device repair restrictions. The order was passed in July this year.