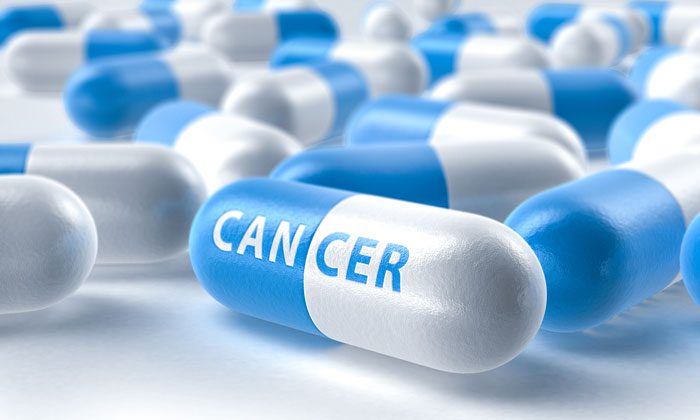 A long-running international study has revealed that a breast cancer drug has been able to reduce the reoccurrence of breast cancer in women who have been dealing with an early stage but aggressive type of the disease. The drug is being sold by AstraZeneca and the Merck Group. The study has marked the latest progress in cancer treatments that aims at the genetic features of tumors. Experts have said that the new drug might spread out the store of weapons to fight against a hereditary form of breast cancer. The outcomes of the study help corroborate the investment of the pharmaceutical industry in an expensive class of drugs that neutralize cancer cells known as the PARP inhibitors. The AstraZeneca pill is called Lynparza. The drug has become one of the top sellers of the company and has garnered around $1.8 billion in sales last year. The rival company of AstraZeneca, GlaxoSmithKline PLC has invested around $5 billion to take over the developer of another PARP inhibitor called Tesaro. In the US price list, Lynparza costs around $14449 per patient per month. The findings of the international study have been released in the New England Journal of Medicine. The findings have also been presented at a major cancer research meeting. The executive vice president of AstraZeneca’s oncology unit, David Fredrickson has said the company is planning to submit the data to authorities for regulatory approval for the use of Lynparza in the early stage of the BRCA breast cancer.

Health experts have said that PARP inhibitors block cancer cells from depending on a survival tactic that is the ability to repair their own DNA when their DNA is spoiled naturally or by other therapies. It results in cancer cell death. Many health regulators have given approval to such kinds of drugs in recent years to treat ovarian, prostate, breast, and pancreatic cancers. These drugs are specifically effective against cancers that are linked with deadly mutations in genes. These mutations are known as BRCA1 and BRCA2. Women, who are identified with these hereditary mutations, are at a higher risk of being diagnosed with breast cancer at a much younger age than usual. As per the report, the BRCA mutations contribute to nearly 5 percent of around 281000 cases of breast cancer that are reported in the US each year. The American Cancer Society has reported that breast cancer is the second top cause of overall cancer death among women. The disease leads to nearly 43600 deaths in the US each year, said the experts. The US Food and Drug Administration (FDA) has approved Lynparza in 2018 for treating advanced-stage mutated breast cancer. In the new study, the drug has been tested on women who have been dealing with early-stage breast cancer at a time when the cancer is potentially curable. The study has started in 2014 in the US and 22 other countries around the world. The study has been funded by AstraZeneca. The company has also joined hands with Merck and other research groups that conduct clinical trials on breast cancer. The authors of the study have enrolled nearly 1836 women in the trial who have been suffering from early-stage BRCA1 or BRCA2 breast cancers. These women have got their tumors removed through surgery before being enrolled in the study. They have been given chemotherapy as well before or after surgery to prevent the reoccurrence of the tumor.

Experts have said that the participants have been at a higher risk of reoccurrence due to the sizes of their tumors or the prevalence of cancer cells in the lymph nodes. These women have not been identified with the HER2 gene that is prevalent in some breast cancer patients. In the study, half of the participants have been given Lynparza pills daily for a year, on the other hand, half of them have been given a placebo. In the average follow-up period of two and a half years after the treatment, the authors of the study have found that Lynparza has been able to lower the combined risk of cancer or death due to any cause by 42 percent as compared to the placebo. The study has shown that nearly 85.9 percent of women who have been treated with Lynparza have been living without any reoccurrence of the disease three years after the treatment. At the same time, nearly 77.1 percent of women, who have received a placebo, have been living without any reoccurrence. The drug has been able to improve other measures of benefits as well such as the time from the beginning of the treatment until the growth of tumors distant from the original spot in the breasts. Only 59 women have died among the women who have been given Lynparza and 86 women, who have been given a placebo, have lost their lives. However, this difference has not met the study criteria for statistical implication during the follow-up. Experts have said that it might be possible to derive a statistical improvement in overall survival in the future. One of the lead authors of the study and the director of the Houston Methodist Cancer Center, Dr. Charles Geyer has said that the findings of the study are quite encouraging and the drug might be able to find a cure for patients who deal with cancers with these mutations. Experts have said that the prevalence of BRCA mutations can be easily detected with blood tests. Therefore, genetic testing is quite useful in some patients to identify who all will be benefited the most from this therapy. However, patients who have been given Lynparza have developed certain side effects such as nausea, fatigue, and anemia more frequently than those who have been given a placebo. Experts have said that these side effects have been consistent with the safety profile of the pill for other usages.