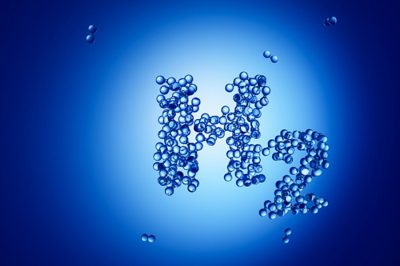 The entire world is looking for green alternatives with many even setting the target of reaching net-zero emissions by 2050. While there is a lot to be done in order to achieve this goal, many believed that ‘blue hydrogen’ could be the solution. There are many who are of the view that the use of blue hydrogen for generating electricity, power vehicles, and heating buildings would be better for the climate. But a study has found that blue hydrogen has 20 percent more greenhouse gas emissions than simply using natural gas. In other words, the study has concluded that using fossil natural gas would be safer for the environment. According to a report, more than 85 percent of houses in the United Kingdom use fossil natural gas space heating. Similarly in the United States, more than 50 percent of all homes are using fossil natural gas for space and water heating purposes. The study comes on the heels of the Biden administration passing the large infrastructure bill which includes USD 8 billion packages to develop ‘clean hydrogen.’ The package talks about creating new regional hubs for developing ‘blue hydrogen,’ a variant that falls under the definition of clean hydrogen in the Senate bill.

The study, which has been published in Energy Science & Engineering, has presented some other aspects of the much-hyped new fuel. Hydrogen being the most common element in the universe has always been a topic of research and used for a wide range of purposes. But the major task is to separate it from other elements. This in itself consumes a lot of energy. There are various ways in which hydrogen can be separated and depending on the process the end result they are named green, grey, and blue hydrogen. The best way to harvest hydrogen is to separate it from oxygen in water by using the process of electrolysis. The process is carbon-neutral and has no greenhouse effect. This kind of hydrogen is known as green hydrogen. But the process is very expensive. This is mainly because of the usage of zero-carbon electricity, which is mainly generated by solar panels and wind turbines. This process is expected to remain very expensive at least for a decade. Another way to separate hydrogen is to separate it from fossil fuels like coal and gas. The harvested hydrogen is called grey hydrogen and is cheaper than green hydrogen. But a lot of carbon dioxide is emitted during the extraction process. This blue hydrogen involves the same process of creating grey hydrogen with the only difference being that CO2 in this would be captured and stored underground instead of being released in the atmosphere. This technically makes it a lower carbon fuel.

But the study has no several questions over the emphasis being given for the use of blue hydrogen. Study author Robert Howarth said that he was surprised by the results. Howarth is a scientist at Cornell University. He along with Stanford University researcher Mark Jacobson has authored the paper. “Just a few years ago, there were hardly any who would talk about blue hydrogen. In 2017, major oil and gas companies established the Hydrogen Council 2017. They gave the nice marketing term blue hydrogen and started pushing this idea hard. They described blue hydrogen as low emission and sometimes even zero-emission. But it is far from carbon-free and the real data to back up that claim is never presented,” he said. BP, Shell, and Total are the companies that are part of the council. They say that hydrogen would be crucial in the global energy transition. The study said that in terms of carbon footprint, blue hydrogen is slightly better than grey hydrogen. However, when it comes to methane, the picture is a lot worse. Howarth said that methane emission is greater while extracting blue hydrogen because more natural is required in the process. This is due to the requirement of more energy for capturing CO2.