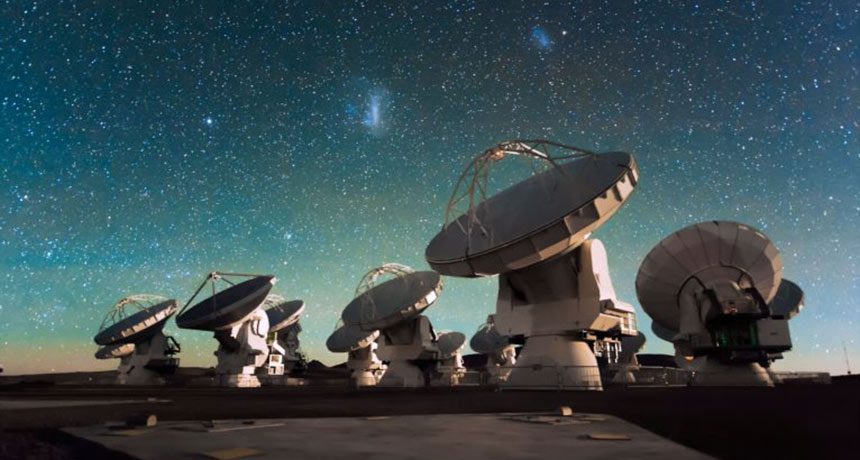 Astronomers in the United States have been able to find new evidence, which says that a large size telescope can examine the oldest stars present in the universe. A team of international scientists has suggested NASA to develop a huge telescope in 2008. However, at that time, the US Space agency has dropped the idea. Experts have said that there is not enough scientific data available on ancient stars. Now, a team of astronomers from the University of Texas at Austin has come up with new evidence, which proves that a telescope might be able to gather facts about the first stars of the universe. This study has been led by a NASA Hubble Fellow Anna Schauer. The findings of the research will be published in the latest issue of The Astrophysical Journal.

Experts have named this device ‘Large telescope’, which can study the oldest stars. This will function with a 100-meter mirror created out of the liquid. It will receive power from a solar power collection station on the moon and will send back the data to a satellite in the lunar orbit. Experts have said that a mirror made out of liquid is lighter in weight as compared to a glass one and it is less expensive to transport to the moon. As per the study, the mirror made out of liquid will have metallic materials, which will give an effective reflection. The team of astronomers has proposed that the telescope can be installed in a crater at the South or the North Pole of the moon. The device will examine the first stars of the universe by focusing on the same region of the sky incessantly to get more and more light from them.

Scientists believe that the first stars in the universe have been formed more than 13 billion years ago. They believe that these stars have been formed following the Big Bang evolution, a large explosion that apparently has created the universe. The team of experts has said these stars have been born out of a blend of hydrogen and helium gas. These stars are 10 to 100 times larger than the sun. They have said that this device will be able to fetch data on the earliest stars, which no other device can do. NASA is planning to send the James Webb telescope to space in October 2021. It is the newest telescope available in NASA. The launch of this telescope has been deferred many times in the past. The officials from NASA have said that this device can gather vast and reliable data about the past and examine space in depth. It is much more capable than any other spacecraft.