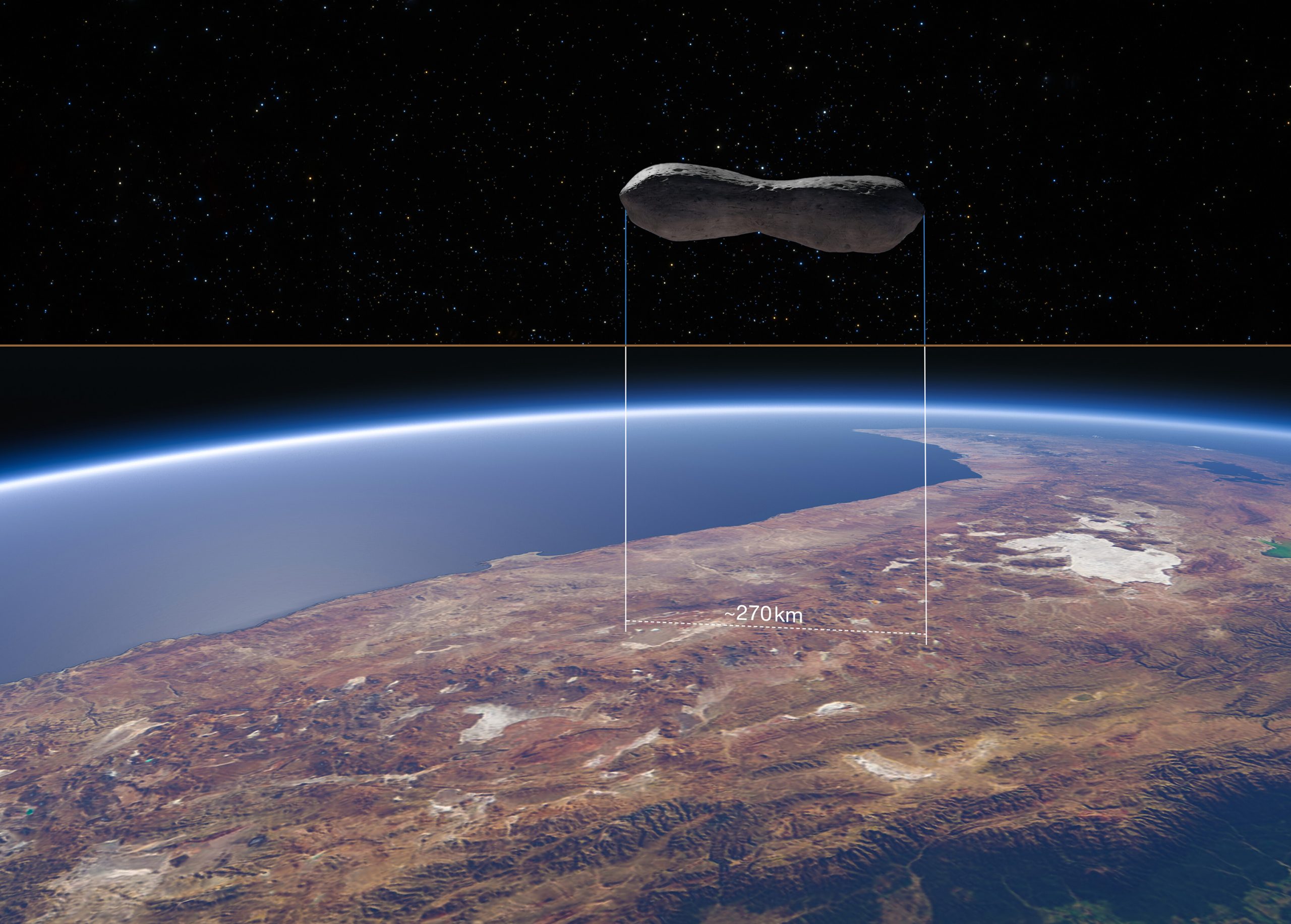 A team of astronomers has managed to capture the most detailed images of the asteroid 216 Kleopatra. The sharpest images yet of the asteroid were captured by using the European Southern Observatory’s Very Large Telescope (ESO’s VLT). The images helped the team of astronomers to develop the 3D shape and mass of the asteroid which has two moons. These images were clicked between 2017 and 2019. The images show the asteroid happens to look almost like a dog bone. The team that has captured the sharpest images was led by astronomer Franck Marchis of the SETI Institute in Mountain View. However, the asteroid was labeled as a dog bone 20 years ago. It was given the name after radar observations at Arecibo Observatory that highlighted two lobes and a thick neck. The images released this week show that the asteroid is a little rough around the edges. Scientists believe that it is nothing but a big rubble pile that has lost some of its pebbles and gained two moons. The images give more detail about the asteroid and may shed more information on how its two moons were formed. When closes to Earth, the distance between the two is usually 124 million miles or 200 million kilometers.

There are a total of 11 images captured by the ESO’s VLT. The images were clicked at different angles as asteroid Kleopatra rotates. Kleopatra is a unique asteroid and there are two studies around it. While one of the studies is focused on its mass as well as its moons, the other is all about the shape of Kleopatra. “Science has made a lot of progress and study of weird outliers has helped in it. I think the dog-bone asteroid is one of those. Studying this complex and multiple asteroid systems would help scientists learn more about our Solar System,” Marchis, who is also affiliated with the Laboratoire d’Astrophysique de Marseille said. Kleopatra was among some of the earliest asteroids discovered in 1880. It grabbed attention because of its unusual shape. Kleopatra is located in the main asteroid belt between red planet Mars and Jupiter. The asteroid orbits the sun. It was in 2008 when Marchis and his team discovered two small moons orbiting it. The moons were named after Cleopatra’s children – AlexHelios and CleoSelene. The images captured show the asteroid at different angles. This helped the team of scientists to determine that one lobe of the asteroid is smaller than the other. The size of the lobe is around 167 miles or 269 kilometers. This is almost half of the length of the English Channel.

The images also helped scientists better understand the orbits of the two moons. Miroslav Brož, a researcher at the Astronomical Institute at Charles University, said that identifying orbits is necessary as everything depends on them. “If the moon’s orbit is calculated wrong, every other calculation would be wrong. And this includes even the mass of the asteroid,” Miroslav said. The study of the moon helped scientists determine how the gravity of asteroids influences the movements of the moon. This also helped researchers estimate the mass of the asteroid, which is around 35 percent less than previously estimated. Researchers found that the density of the asteroid is less than that of the iron. This clearly indicates that the asteroid could be metallic in composition. The study also hints that it could be rubble-pile asteroids. This could possibly answer why Kleopatra has two moons. It is believed that some portions of the asteroid could have broken in the past leading to the formation of two moons. The team of researchers is expected to start observation from Chile in 2027. This could give them more detail about the dog-bone-shaped asteroid.