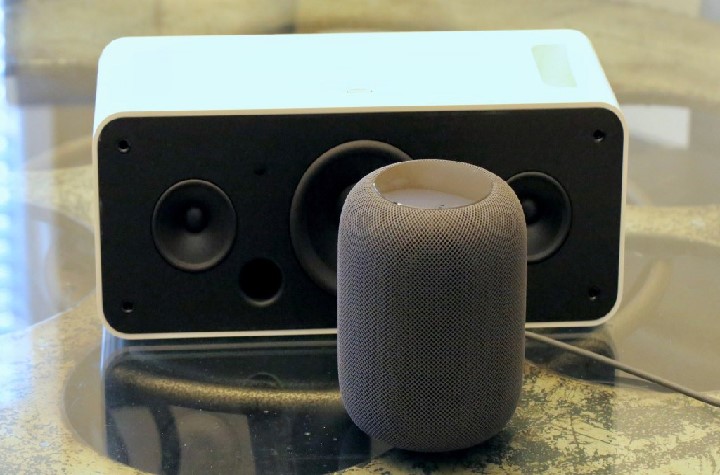 Tech-giant Apple has confirmed about HomePod’s entry into China. The siri-enabled wireless speaker will be on sale from January 18 in China and Hong Kong. The Cupertino Company unveiled in the end month of 2018 that it would bring Apple’s HomePod to China in 2019. And they also listed it on its local website. The smart speaker will sell for $357 in Hong Kong and $414 in China.

The company launched the device in the United States, the United Kingdom, and Australia in February last year and is on its way to make to Asia. Though, India might still have to wait to get this smart speaker. HomePod supports AirPlay 2 that creates an effortless way for people to stream audio content. It’s worth noting that the HomePod will not be available in China, but it’s still unavailable in local languages.

The Chinese smart-speaker market is now has become the 2nd biggest market after the United States. However, the tech-giant Apple faces an uphill battle in the market, even though Google and Amazon have yet to introduce their respective devices in the mainland of China. It’s Alibaba and Xiaomi that are accounted for millions of active users for AI-infused smart speakers. These two companies are among the top 5 smart-speaker companies after the search-engine company Google and the shopping site-giant Amazon. Likewise, Chinese tech titan Baidu takes a range of smart speakers, and in Q3 2018 the company moves in the top five, alongside Alibaba and Xiaomi. Baidu’s DuerOS artificial assistant is already installed on around 150 million devices that include everything from speakers to set-top boxes.

When we notice that Apple’s HomePod will cost ¥2,799 ($414)/HK$2,799 ($357) when it launched in the Chinese market which is significantly more expensive than other offerings from incumbents, for example, Alibaba’s Tmall Genie, costs about $73 while Xiaomi sells one for less than $50. When looking at the market, the price also plays a major contribution yet it’s not the sole factor. Apple’s quality may work in its favor while as observed iPhone and Mac users may be more inclined towards the smart speaker to remain within the Apple ecosystem.