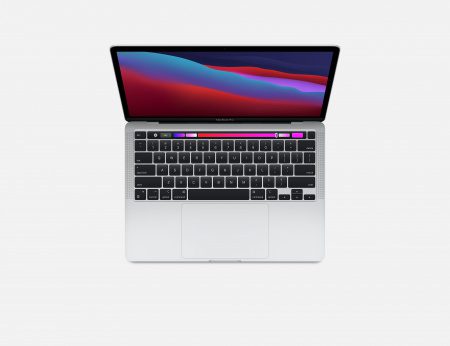 Home / Apple Not Done With Updates Yet, May Launch New MacBook Pro In Few Weeks

Apple Not Done With Updates Yet, May Launch New MacBook Pro In Few Weeks

Apple has already updated a lot of devices in the recent past. But the tech giant is not done with updates yet for the holiday season. There are reports that the company is working on launching a totally redesigned MacBook Pro. According to a report, the company may launch the M1X-powered MacBook Pro in the month of October. There are chances of the launch because the company has been usually holding Mac-focused events in the month of October or early November. Moreover, the company had announced its first M1-based Macs in early November of 2020.

As said by reliable Mark Gurman, Apple is likely to launch two M1X variants. Both the variants would have 10-core processors. Out of these 10, eight would be high-performance cores and two of them would be efficiency cores. As far as the difference in chips between the two variants is concerned, they would differ in the graphics department. Apple is likely to offer an M1X with either 16 or 32 graphic cores. As far as other Macs offered by the company are concerned, Apple is looking for a high-performance chip for its upcoming future Mac Pro. Also, it is working on M2 for the MacBook Air, iMac. MacBook Pro models may have lower-end chips.

For almost a year now, there have been rumors about the revision of Apple’s next MacBook Pro. There was hardly any difference between the first 13-inch M1 model released last fall and the one that it replaced. The only difference was the Apple Silicon inside. Also, 16-inch MacBook Pro is still waiting for updates. So the entire lineup is due for updates. The updates that one can see include the new 14-inch and 16-inch models. They are likely to come in a redesigned case with the addition of more ports like HDMI and an SD card slot. Apple is likely to drop the Touch Bar this time. Touch Bar was first introduced in 2016 with a MacBook Pro revision.