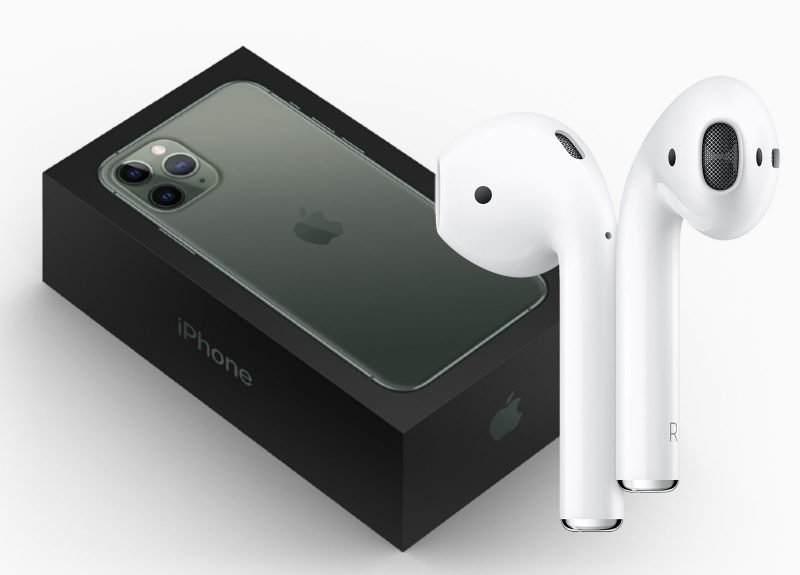 Apple will launch the next-gen iPhone series next year. But talks about the three new models, slated for unveiling in the September month, are already doing the rounds. If reports are to go by, the company is mulling bundling its truly wireless earbuds with the new models. If this happens, the wireless AirPods will replace its wired earpods. Apple has included basic, wired earpods with a Lightning connector with iPhones for several years. Considering that AirPods are quite expensive, it will be interesting to see how the Cupertino headquartered company will adjust to the pricing issue. AirPods that the company may offer will probably be the lower end model. AirPods starts at USD 159 in the US. Reports even say that the company many decide to bundle AirPods only with higher-end iPhone 12 Pro models.

AirPods are the most popular and best selling wireless headphones in the world. Given its popularity, Apple has time and again introduced significant improvements in AirPods. The newly-launched AirPods Pro has seen impressive changes. It comes with active noise cancellation and immersive sound technologies. The device uses two microphones combined with advanced software. When the feature is turned on, users cannot hear anything around in the background. This helps users to focus on what they are listening to and enhance the experience of the way people listen to music or make calls.

The decision to bundle TWS if gets materialized, it will help the company to draw in more customers and multiply its profit. Notably, Apple has already told its supply chain partners to expect over 100 million orders for the iPhone 12 in 2020. The new AirPods Pro is so popular that Apple has to increase production to meet the demands. The company recently sent a note to its Chinese manufacturer to double the production. Also, other smartphone makers like Samsung and Xiaomi are looking to bundle their new models in 2020 with truly wireless earbuds. If reports are to be believed, Samsung may bundle Galaxy Buds with the new handsets in 2020.