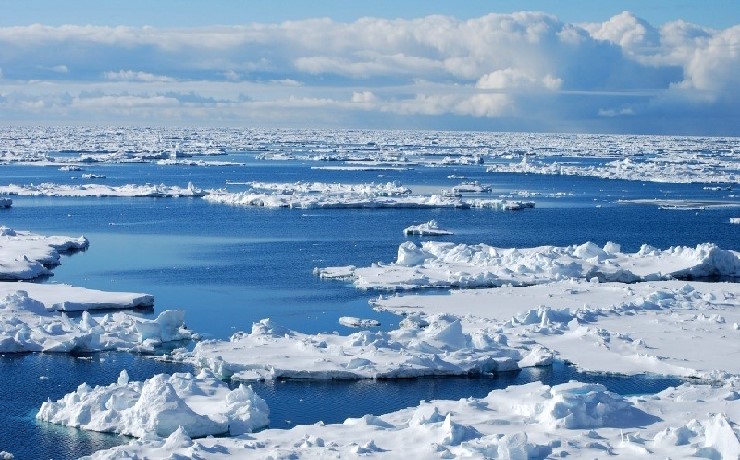 Alert! Antarctica is Melting 6 times faster today than in 1980s

Antarctica now melting all over rapidly, including safe parts. Antarctic glaciers are melting at an accelerating pace than in the 1980s. All thanks to an influx of warm ocean water. It’s a shocking finding; researchers say it could be poised to raise sea levels more quickly than ever. As of now, the Antarctic has lost 40 billion tons of ice to the ocean each year from 1979 to 1989. According to a study published in the Proceedings of National Academy of Sciences reveals that this figure of melting ice increased to 252 billion tons lost per year started in 2009

It simply means the region is losing six times faster today than in the 1980s. It takes about 360 billion tons of ice to generate one millimeter of global sea-level rise. An Earth-system scientist Eric Rignot from the University of California at Irvin said that he doesn’t want to be an alarmist, but he believes the weakness that most of the scientists have found in East Antarctica deserve more in-depth study to protect our environment.

He also added, the place changing aren’t restricted to just a couple of places. They seem to be more extensive than thought. These findings are the sign the globe could face catastrophic consequences if climate change not controlled. In addition to this, there are higher chances of getting more-frequent droughts, severe storms, heat waves and other life-threatening weather that could come with continuous warming Earth. The researchers have already predicted the sea-level with three feet rise by 2100 if the world doesn’t decrease its carbon output.

But after observing the Antarctic, the concern is growing that the Antarctic could push it to the higher level. The sea-level rise would result in devastating wildlife habitats and threats to the drinking water supply. If we go through the historical data, we found global sea-level have already attained 7-8-inches increment since 1900. Antarctica’s ice contains 57.2 meters of the potential sea-level hike. This vast body of ice goes into the ocean through a complex array of partially submerged glaciers. These glaciers can be as massive as American states or the entire nation.