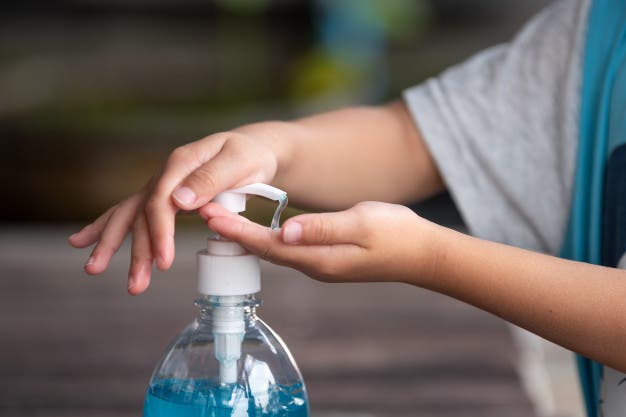 Scientists have said that hand sanitizers mainly contain ethanol or isopropyl alcohol in the proportion of 60 to 95 percent. These chemicals are harmful to delicate organs such as the eyes. Dr. Sonam Yangzes, who has co-written an editorial, which includes the findings of the study, has claimed that such exposures can result in blindness due to the growth of corneal ulcer or melt. She has said that increased use of such products during the COVID19 pandemic has made kids more susceptible to eye-related injuries. This study has been led by Dr. Gilles Martin, who is an ophthalmologist at Rothschild Foundation Hospital in Paris. The review of the study has included eye injuries and emergency calls shooting up from exposure to alcohol-based hand sanitizers among kids who are below 18 years. Experts have said that such cases contribute to 1.3 percent of all calls to French PCC from April to August 2019. However, the figure has shot up to 9.9 percent during the same time span in 2020. It shows that such cases have seen more than seven times rise during the pandemic. As per the study, there have been 232 incidents of eye injuries in 2020 whereas there have been only 33 cases in 2019. Nevertheless, most of these cases have been mild in severity, which means that people have suffered from some eye pain, tingling feeling, and swelling in the eyes.

In the study, experts have found six moderately severe cases of keratitis, a condition that causes inflammation in the cornea. Many children have been identified with severe corneal lesions. In 2019, none of the cases of eye injuries have involved public exposure to hand sanitizer. While in 2020, there have been many cases of public exposure to hand sanitizer. Public exposure to hand sanitizer can take place in restaurants, movie halls, open public spaces, and swimming pools via an automatic dispenser. In the United States, the use of public dispensers has increased as the pandemic has unfolded. The study has shown that pediatric eye injuries have increased along with the use of public dispensers in France. The height of the public dispenser is usually 3 feet high, which is at eye level for small kids. Experts have said that lowering the height of these public dispensers below children’s eyes might help reduce such cases among kids. They have said there should be a caution sign placed next to dispensers. The study has noted eye injuries can occur when the alcohol is not evaporated and a kid rubs his or her hands in the eyes. The co-author of the study has said that usually blink reflex prevents a lot of sanitizer from getting into the eyes. However, in case more than a small amount of sanitizer reaches the eyes, it can be more damaging.