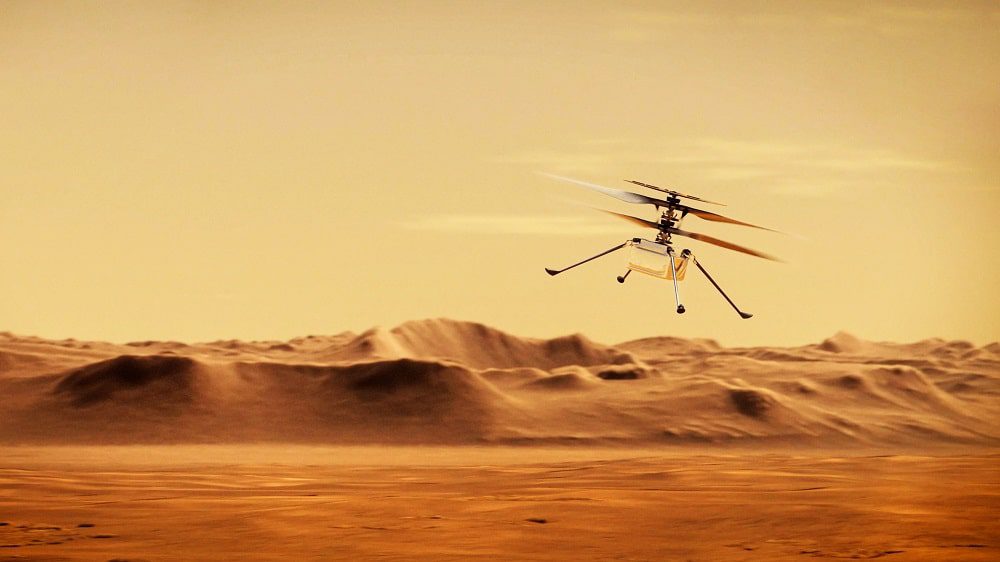 NASA is planning to launch a mission to Saturn. It will be different from the previous Cassini mission. The US agency is planning to launch a rotorcraft. The flying robotic spacecraft will explore Titan which is among 82 known natural satellites of the gas giant. It is the largest moon in the ringed world. The solar system’s second-largest moon is also known for having a dense atmosphere. The rotorcraft will search for possible signs of life on Titan. Scientists believe that Titan can be a habitable place. It can have signs of life. The rotorcraft will allow exploring Titan from different angles and cover distant parts.

The rotorcraft will be called Dragonfly. It will also look for chemical biosignatures. It is proposed to be launched in 2027. Any sign of biosignature will indicate the possibility of life on Titan. The Saturn moon has been an intriguing destination for a search for life beyond Earth. It is believed that Titan hosts a liquid water ocean below its icy crust. Titan is the only celestial object to have shown evidence of stable water bodies other than Earth. The Dragonfly will also search for the methane cycle on Titan. Besides, it will study the complex chemistry of the moon’s atmosphere. NASA expects that the rotorcraft will address science questions related to Titan. It will also reveal what unfolds at its surface.

The decision to launch a rotorcraft to Titan assumes significance as NASA has successfully conducted controlled test flights of a mini-helicopter in the Martian atmosphere. The helicopter, named Ingenuity, is the only object that has flown on another world. It has redefined the approach to explore Mars. Buoyed by its success, NASA expects that a rotorcraft can provide dimensions to explore Titan. Cassini was the last probe to visit Titan. It was a collaboration between NASA and ESA. The mission was launched in 1997. It entered Saturn’s orbit in 2004. Cassini explored Saturn and its satellites. ESA’s Huygens landed on Titan in 2005. NASA in 2017 declared that the Cassini spacecraft has ended its journey.