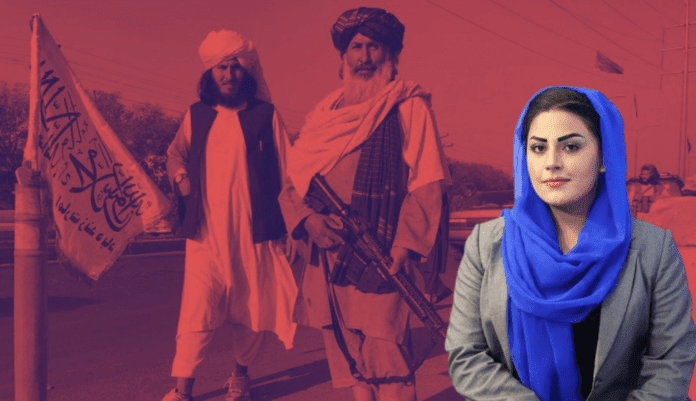 When the Taliban seized control of Afghanistan, an Afghan female reporter claimed she was prevented from work at her Television channel and asked for support in a clip released on the internet. In a video posted to social media, Shabnam Dawran, a famous news presenter, declared that their lives are in peril while wearing a hijab and flashing her business card. The Taliban ruled over about 75% of Afghanistan between 1996 and 2001, enforcing a harsh implementation of Sharia, meaning Islamic law.

From 1996 until 2001, females were barred from the social sphere, women were forbidden from attending school, amusement was prohibited, and harsh consequences were enforced. Women under the sharia law are not allowed to leave their homes without the company of a male relative. If the woman a found to be leaving her house alone or without a burqa or with a non-related man, she was to be stoned to death. It is also compulsory for men to grow a beard, and mutilate their children, avoiding which will lead to harsh punishments. In the weeks preceding the terrorists’ takeover of the nation, female reporters have been attacked by the militants in a spate of killings.

The Taliban, on the other hand, have stated that females will have freedoms, including schooling and employment, and that the press will be independent & democratic, since capturing power in a rapid campaign. To make his point, a Taliban leader sat down for a conversation with a female reporter on television. Dawran, who has served as a reporter for the state-owned network RTA in Afghanistan for 6 years, stated that she was prohibited from visiting her workplace this week though male coworkers were permitted inside, despite showing her office card.

Taliban is also currently sitting over a trillion dollars’ worth of natural resources. Such orthodox rules being implemented over the citizens might destabilize various sectors in the country such as media, mining, healthcare, etc. This is expected to severely hinder Afghanistan’s economic potential. Further information regarding various sectors in the middle eastern region is readily available.