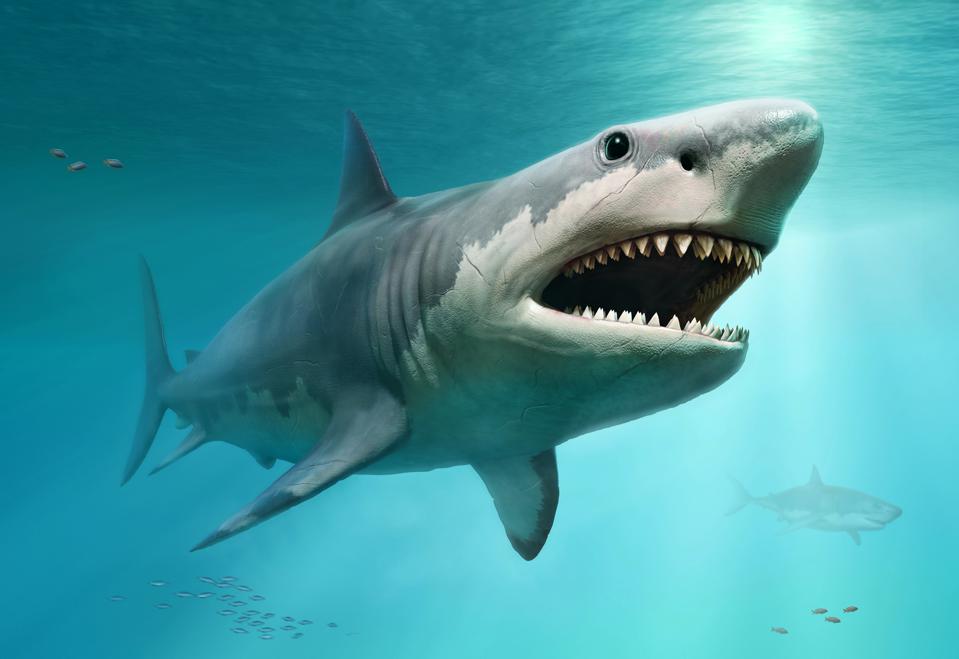 In a new study, scientists have revealed that massive mega-tooth sharks or megalodons, which have been guarding the oceans in the world more than three million years ago, might have given birth to infants bigger than adult humans might. While scanning through the X-rays of the vertebra of a fossilized megalodon, scientists have come up with this interesting discovery. They have found that baby megalodons might have been 6.5 ft long at the time of birth. Scientists have said that megalodons have lived in most of the oceans around the world from 15 million to 3.6 million years ago. Remains of these megalodons have revealed that adult megalodons might have grown more than 15 meters in length but experts have not been able to find any detail about their size at the time of birth. For the first time, the new study has been able to provide insight into the size of infant megalodons, growth patterns, and reproductive mode. The lead author of the study Kenshu Shimada has said that the megalodons are formerly known as otodus megalodons. The gigantic fish has been ranked among the biggest carnivores in the history of life on the planet. Experts have been able to reveal plenty of fossils but the biology of megalodons has not been understood properly because only teeth are left as remnants of the cartilaginous animal.

The lead author Kenshu Shimada has been working with his colleagues from Stockton and William Paterson Universities in New Jersey. The authors have taken the CT scan of the vertebra of an unusual megalodon, which has been kept in the collection at the Royal Belgian Institute of Natural Sciences in Brussels. Experts have said that a 15 cm wide fossil is considered to have come from a nine-meter-long megalodon. They have compared this fossil with the almost same kind of vertebra, which is seen in Great White Sharks, the distant decedents of megalodons. The CT scans of the fossil have found around 46 growth bands, which shows the animal’s age in years same as tree rings indicate annual growth in trees, said the experts. The lead author of the study has said that as per the smallest known teeth of the megalodon, they can say that they might have been around 2 to 2.54 meters long at the time of birth. With the help of the scans, scientists have been able to plot a probable growth graph for the animal. Experts have said that there has been no evidence of growth eruption in the younger days of the giant fish. The study has shown a steady growth rate of 16 cm per year until the age of 46 among megalodons.

Scientists have revealed that the standard lifespan of the giant fish might have been around 88 years. The massive size of the newborn megalodons shows some similarities with other shark species such as Great White Sharks, threshers, and makos. The study as well as revealed that baby megalodons might have been feeding on the unhatched eggs of their siblings in the womb. This feeding pattern is known as oophagy. In this practice, some offspring survive and those who are able to survive are well-nourished. These offspring stands a better chance against the predators said the experts. Adult megalodons might have eaten marine mammals such as sea lions, dolphins, and whales to survive. The findings of the new study have been released in the journal called Historical Biology.