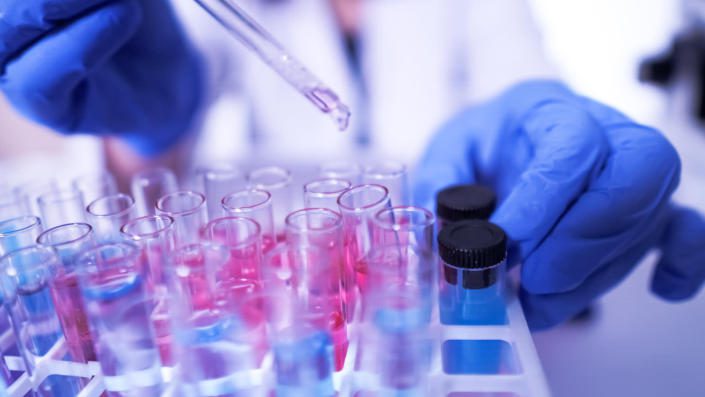 Health experts have said that synthetic substances that are known as phthalates are found in many consumer merchandisers such as food storage containers, makeup products, kids’ toys, cosmetics, shampoo, and perfumes. In a new study, they have revealed that these synthetic substances might be leading to nearly 91000 to 107000 premature deaths each year in people who are in the age range of 55 to 64 years in the US. The new study has found that people who are found with the highest levels of these synthetic chemicals are at a greater risk of premature death due to any reason, particularly from cardiovascular disease. The authors of the study have said that these deaths can cost the United States a loss of nearly $40 to $47 billion every year in economic efficiency. The findings of the study back the growing database on the effect of plastics on human life. The lead author of the study, Dr. Leonardo Trasande has said that the findings of the study support public health and business incidents for reducing or eradicating the use of plastics. He is a lecturer of pediatrics environmental medicine and population health at NYU Langone Health based in New York. Experts have said that a mechanism of the body that is known as the endocrine system is responsible for hormone production. Experts from the National Institute of Environmental Health Sciences (NIEHS) have claimed that phthalates hamper the endocrine system of the human body that is linked to reproductive, developmental, immune, and other issues. The NIEHS has said that even a slight hormonal imbalance can lead to major developmental and biological issues. Many past studies have linked phthalates to reproductive issues such as cryptorchidism and genital malformations in baby boys and low levels of testosterone and sperm count in male adults. These studies have linked phthalates to asthma, childhood obesity, cancer, and cardiovascular issues as well.

Dr. Leonardo Trasande has said that these synthetic chemicals carry a rap sheet and when the entire body of evidence is closely looked at then it offers a huge pattern of concern. He also heads the Center for Investigation of Environmental Hazards at NYU Langone Health. On the other hand, the American Chemistry Council (ACC) that signifies the Chemical, Plastic, Chlorine industries in the US has said that the majority of findings of Dr. Trasande’s new study are wrong. The senior head of chemical products and technology at the ACC, Eileen Conneely has said that the study has bumped all phthalates into one set and has not been able to cite that the industry states that phthalates that have high-molecular-weight such as DINP and DIDP carry low levels of toxicity as compared to other phthalates. She has criticized the study saying that such kinds of research fail to reflect on all phthalates separately. She has said that such studies downplay the reality of science-based outcomes about the safety of phthalates that have high molecular weight. However, the authors of the study have claimed that these days such chemicals are quite common. They are used to make toys for kids, vinyl flooring, rain, and stain-resistant products garden hoses, and medical equipment as well. People can be exposed to some common phthalates via the usage of phthalates in food packaging, furniture, clothing, and detergents as well. Phthalates are widely used in personal care items such as shampoo, hair spray, cosmetics, soap, and perfumes to make the smell last longer. The US Centers for Disease Control and Prevention (CDC) has said that even if people breathe in contaminated air, eat food that has come in contact with plastic, they will be exposed to phthalates. When small kids start crawling or walking they touch many things around and then they keep their hands in their mouths, due to this hand-and-mouth act, small children might be exposed to phthalates present in dust. That is the reason, they are at a higher risk of phthalates exposure as compared to adults, said the experts from the CDC.

The authors of the new study have calculated the urine concentration of phthalates in more than 5000 adults who have been in the age group of 55 to 64 years. Later they have matched these levels to the risk of premature death for more than a median of 10 years. Experts have adjusted underlying factors such as heart issues, diabetes, cancer, poor eating pattern, body mass, levels of other known hormone-disrupting factors such as bisphenol A or BPA, and other health issues. The lead author of the study has said that he is not claiming these findings to be definitive but they are kind of a print of the future that can only confirm a link. Dr. Leonardo Trasande has said that there is a need for gold standard double-blinded randomized clinical trials to know exactly how phthalates affect the human body. However, it will be quite hard to conduct such a clinical trial, as ethically it is not possible to randomize people to be exposed to such toxic chemicals. He has said that there is no doubt that phthalates interfere with male sex hormones that is a predictor of cardiovascular disease in adults. Dr. Trasande has said that it is a known fact that exposure to phthalates can lead to many health issues that are linked to mortality such as diabetes and obesity. The chemical known as BPA can cause abnormalities in the reproductive systems of infant boys. Later it can result in infertility in adult men. Experts have said that exposure to BPA can shoot up the risk of heart issues, cancer, obesity, and early death due to any cause. Experts have said that earlier people have used these synthetic chemicals to make baby bottles, sippy cups, and formula containers for infants. However, since the US Food and Drug Administration (FDA) has prohibited the use of these chemicals in baby bottles and sippy cups in 2012, parents have rejected such products. There are ways and means to avoid exposure to phthalates. Experts have said that people should avoid the use of plastic as much as possible. They should never keep plastic jars in the microwave as heat will break down the lining of the jar and phthalates will be absorbed in the food more easily. Minimal use of packaged and processed food as well can reduce the risk of phthalates exposure. It is better to eat homemade food. People should use odorless lotions and detergents. The usage of ceramic glass, steel or wooden vessels to store the food as well can minimize phthalates exposure.