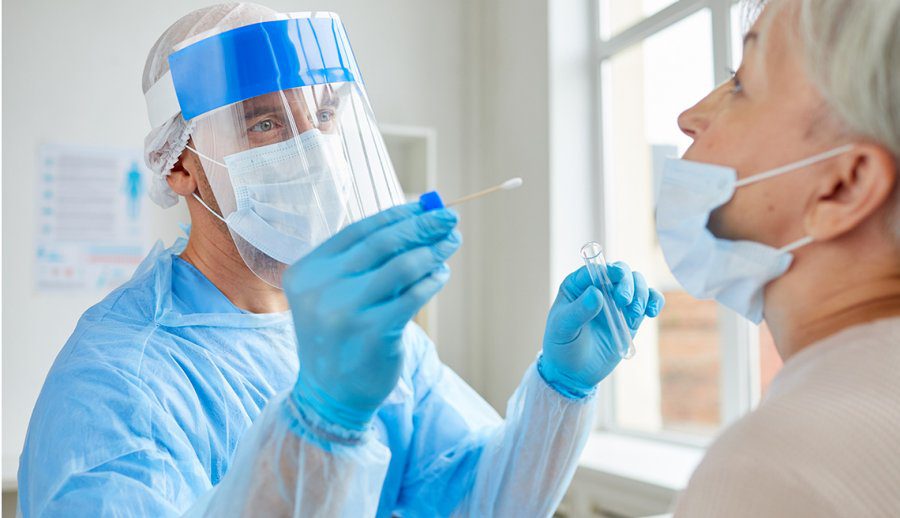 A new analysis of millions of COVID19 test outcomes has found that the majority of people who have been infected with the virus in the past are protected from coronavirus reinfection for at least six months. However, older people who are above 65 years are at a greater risk of being diagnosed with COVID19 for the second time. This observational study has been done by experts from the Statens Serum Institute in Copenhagen, Denmark. Experts have looked at the data of 10.6 million COVID19 tests from 69 percent of the population of the country. These RT-PCR tests have been done during the second wave of COVID19. Scientists have compared this data with the rate of infection during the first surge of coronavirus from March to May 2020 across the country. The study has found that young people have 80 percent protection against repeat infection of COVID19 while elderly people who are over 65 years have only 47 percent protection against reinfection. The findings of the new study have been released in the journal called The Lancet. While using the 2020 data in the study, experts have focused on the original variant only instead of more infectious strains of coronavirus, which have been found across the world. The study has noted that natural immunity against the virus after an initial infection does not fade away soon.

The findings of the study have shown that people who have been infected with COVID19 in the past should still receive the COVID19 vaccine. Experts have said that older adults should be protected with continued physical distancing and vaccine prioritization. The lead author of the study, Dr. Steen Ethelberg has said that there is a rare possibility of COVID19 reinfection in younger and healthy people. At the same time, older people are at a greater risk of repeat infection. People who are in the age group of 65 years and above are at a higher risk of catching severe forms of the disease and death, therefore the government should implement policies to protect this vulnerable population. First, experts have observed the data that has compared the rate of reinfection during the first and second wave of COVID19 surges in Denmark. Around 70 people have been infected with the virus for the second time out of those who have been infected for the first time during the first surge of COVID19 from March to May 2020. While around 0.65 percent have been reinfected with the virus during the second wave of the pandemic from September to December 2020. However, the age differences have been stark, said the experts. The study has shown that only 0.60 percent of people who have below the age of 65 years have been infected with the virus for the second time and at the same time, 0.88 percent of people in the age group of 65 years and above have been diagnosed with the infection again. The outcomes have been the same when the experts have looked at the COVID19 test data of the entire pandemic last year, which has enrolled around 2.5 million people. People who have been younger than 65 years have been found to have 80 percent protection against COVID19 reinfection. People who have been older than 65 years have been identified with only 47 percent immunity against being diagnosed with the infection for the second time.

Dr. Rosemary Boyton and Dr. Daniel Altmann from Imperial College London have said that the findings of the study are disturbing. They have not been involved with the study. They have said that only 80 percent immunity against reinfection in general and reducing to 47 percent in people who are over 65 years are more concerning data as compared to what has been shown by the past studies so far. As per the experts, if these findings are confirmed then natural protective immunity through infection might not be within the reach. Experts have said that considering the findings of the study global vaccine rollout program might be the only lasting solution for ending the pandemic. However, on the brighter side, the study has shown that natural protection against reinfection will remain stable for at least six months. As coronavirus has started infecting humans around a year ago, therefore a lot remains unknown about how long the natural protection would last.