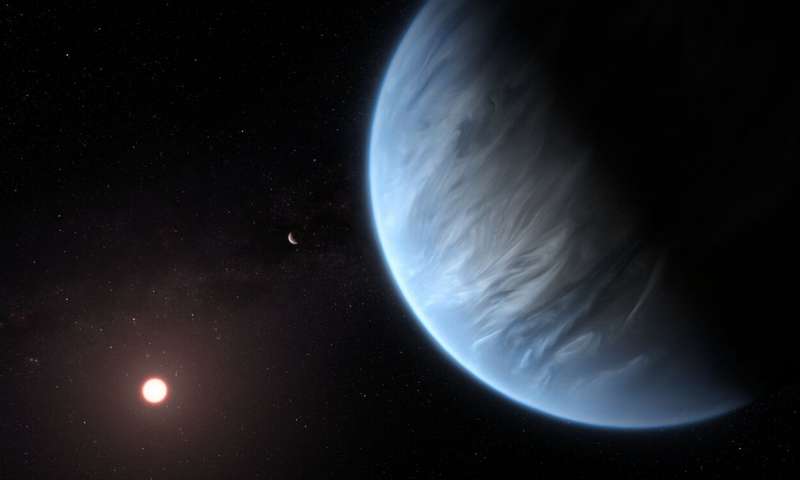 According to the new facts about the extraterrestrial life found by the scientists, that can transform the direction of research about the relationship between Aliens and Water. NASA studied more than thousands of Exoplanets from the last two decades, and observed variety in sizes. The Mini-Neptune is ten times and Super-Jupiter as 600 times larger than the Earth. Exoplanets are the planets that exist beyond our solar system. Exoplanets are found by Kepler Space Telescope. The planet formation and Alien life can be studied based on the data collected from almost 19 Exoplanets. The examination of chemical properties and water can explore the extraterrestrial life.

Dr. Nikku Madhusudhan, head of the project said that, researchers are in search of chemical patterns regarding extraterrestrial and are currently researching at the Institute of Astronomy, Cambridge. The Solar system consists of more amount of carbon as compared to hydrogen. Carbon exists within the planets atmosphere. If the research is confirmed, then there are possibilities of a considerable amount of water present in the giant exoplanets. Researchers found water vapor presence in 14 exoplanets out of 19. There was a significant amount of potassium and sodium. Less amount of oxygen content as it was formed into large ice. Water is the most important thing for the atmospheric changes and transformations on the Earth. He also added that, it is necessary to know the amount of water present beyond the solar system.

Scientists state that there are possibilities of microorganisms, complex organic molecules, chemical structures, and compounds. Research and data collected give some assumptions regarding life beyond our solar system in the extraterrestrial spaces. The availability of water can make assumptions about Alien life and their existence, and the future research on the basis data can be collected by the previous missions.