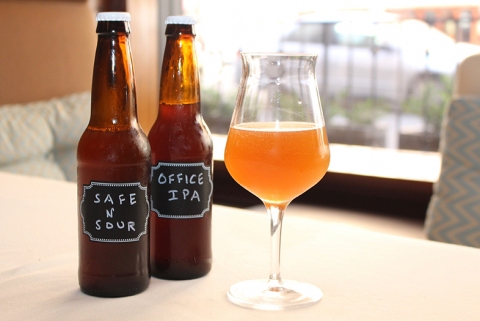 The beer industry is growing at a reasonable rate, even during this deadly trade war. One thing that researchers have found is there’s enormous demand for nonalcoholic crafted beers. The brewing companies are famous for selling typical beers, but one thing which was found to be unique is the demand for nonalcoholic craft beers. Recently Athletic Brewing Company decided to sell their nonalcoholic limited-edition Double Hop IPA, and it got a tremendous response. It’s been reported that all these crafted nonalcoholic beers were sold within just 32 seconds.

The co-founder of Athletic Brewing company said that they did not expect such type of response from customers and they are overwhelmed with such kind of demand nationwide. Most of the craft beer producing companies sell their product in 25-50 quantities. Even if the number is not that much more significant, they are getting sold quickly. There are more than 2000 stores in North East which are demanding these new type of beers. One of the central visions of Athletic Brewing company is to give people a sober drink. A drink which will provide them a way to enjoy the beer and also keep them dry.

It’s not a new type of beer industry because in many years there was a time when people used to love nonalcoholic beers. However, it had become lots of harder to convince investors to get funding for these types of products. However, now the situation getting changed and experts in these businesses are saying they might get a new investment opportunity from investors since now there’s a massive demand for these products. One of the leading problems for all those companies who are into making nonalcoholic craft beers is that every company wants to enter into it and competition is at a new level.