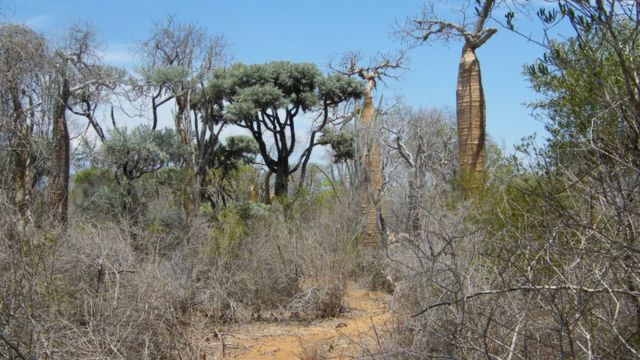 Home / 135 Tree Species in the US Face Extinction

135 Tree Species in the US Face Extinction

The latest study suggests that almost one-sixth of tree species in the continental United States are likely to face extinction. However, only a few of them are protected by the Federal government under the US Endangered Species Act, 1973.

The study was conducted on 881 tree species in the continental United States; based on field data, it can be understood precisely where these trees occur and scientific literature highlighting threats these trees face. A team of researchers has successfully assessed how every tree is in danger of extinction as per standards set by the International Union for Conservation of Nature (IUCN) and NatureServe, a non-profit organization. As mentioned in the study, almost 11% – 16% of those tree species may face possible extinction, which is almost equivalent to 135 species, as a direct consequence of climate change, invasive insects, pathogens, urbanization, and other threats.

Murphy Westwood, a lead author of the study and vice president of science and conservation at the Morton Arboretum, said, “That’s a lot of species.” The findings were published in the journal Plants People Planet this week.

Noah Greenwald, endangered species director for the Tucson, Arizona–based Center for Biological Diversity, who was not one of the researchers that were part of the study, said that the number of tree species with an extinction threat is consistent with estimates for other groups of organisms. For example, earlier this year, a team of scientists reported that one in five reptiles in the entire world is in danger.

Greenwald said that the threat level is still concerning, as they play leading foundational roles in ecosystems.

The authors found that pathogens and invasive insects are among the major killers of trees across the US. For instance, almost half of the Ash species are endangered by the emerald ash borer, a beetle from Asia around 20 years ago and spread across half the continent. In addition, hemlock, chestnut, pine, and laurel species also continue to face poisonous pests.

The second most universal threat trees face climate change caused by human beings. Knapp says that global warming caused a “poster child” for the threats: a medium-size, thick-leafed oak, Quercus Tardifolia. There is only one known individual tree left in the wild, located in Big Bend National Park in Texas, and climate change is the reason for making the habitat for this species unsuitable.

The authors highlighted that other endangered species could be saved even if Quercus Tardifolia may be near its end. Westwood said that if businesses took steps to restore forests, then they may possibly include threatened trees in their plantings.

Leigh Greenwood, a forest specialist at the Nature Conservancy, said that the need for a call to action such as this research was to indicate a specific plan in the form of concrete strategies that need to be implemented to prevent the entry of new forest pathogens and pests.

According to researchers, an intensified effort to collect seed and tissue samples from threatened trees to store or cultivate them could be a crucial aspect of their conservation. As found by the authors, about seventeen species that were gesticulated in this study were not in any known seed bank or collection.

Murphy emphasized that the US has the ability and resources to safeguard many of its endangered tree species. She further iterated, “We have the technology and resources to shift the needle.” “We can make a difference. We have to try.”